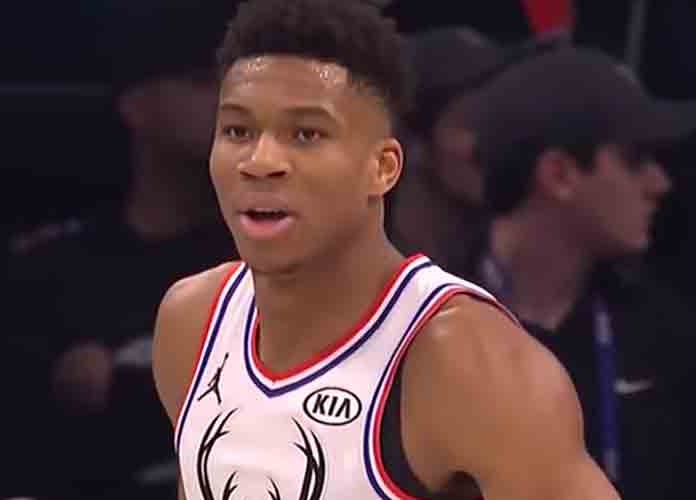 In August 2017, Kobe Bryant was passing out challenges on Twitter to young, up-and-coming stars in the NBA. For example, he challenged Washington Wizards front-man John Wall to be first team all-defense, he charged Isaiah Thomas to make the All-NBA First Team, and tested Milwaukee Bucks small forward Giannis Antetokounmpo to win the MVP. Two seasons later, Antetokounmpo completed his task on Monday night.

Still waiting for my challenge.. @kobebryant

When Antetokounmpo heard his name called for the best individual honor in basketball, he couldn’t help but let his emotions loose.

.@Giannis_An34 was emotional thanking his dad, his brothers and his mom during his MVP acceptance speech ♥️ pic.twitter.com/hKT4OzHeZ9

Antetokounmpo led his Bucks team to the Eastern Conference Finals to seven games before losing to the eventual champions Kawhi Leonard and the Toronto Raptors. Over the past 40 years, Giannis is the third-youngest player in the NBA to win the MVP at just 24-years-old, just behind Derrick Rose and LeBron James. He averaged 27.7 points a game, with 12.5 rebounds and 5.9 assists during the regular season, and 25.5 points and 12.3 rebounds during the postseason. He was also elected an All-Star captain in February for the All-Star Game. He had 78 votes for first place out of 101 total votes. The “Greek Freak” is the fifth player born out of the United States to win the trophy. The Houston Rockets‘ James Harden finished in second place in the voting, taking 23 votes, followed by Oklahoma City Thunder’s Paul George and Denver Nuggets center Nikola Jovic.

The Bucks finished the regular season with the most wins in the league (60) and were the first seed in the Eastern Conference in this season’s playoffs. The 60 wins in a season was the best record in the Bucks’ franchise since the 1980 season.

Antetokounmpo’s ability on both ends of the floors was unmatched this NBA season. He has a knack of getting to the hoop as best as anyone, and has even extended his long-range shooting, a game he lacked in former years.

“MVP is not about stats and numbers. It is all about winning and all about making sure you go out there and do everything you can to win,” Antetokounmpo said, according to ESPN. “I think that is what we did as a team.”

Alongside Antetokounmpo, Dallas Mavericks guard Luka Doncic won this year’s Rookie of the Year, while Utah Jazz center Rudy Gobert won Defensive Player of the Year, winning the award back-to-back. Lou Williams of the Los Angeles Clippers won the Sixth Man of the Year award, his third trophy of its kind, while Raptors forward Pascal Siakam won Most Improved. Mike Budenholzer of the Bucks won Head Coach of the Year with the best record in the NBA this season.