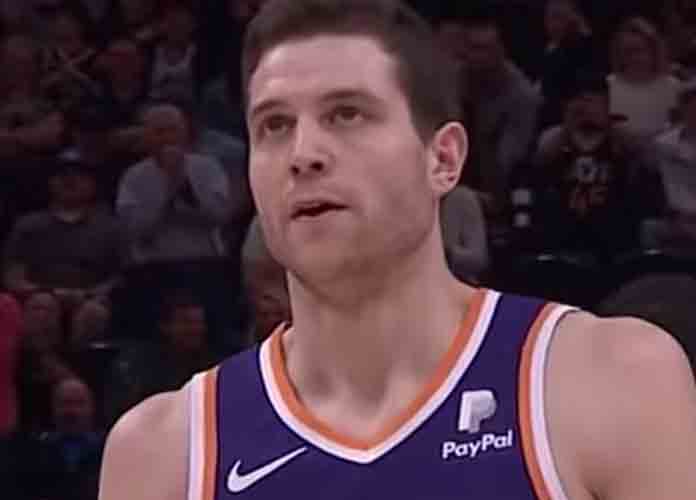 Jimmer Fredette got a standing ovation on Monday when he came in for the Phoenix Suns against the Utah Jazz in Salt Lake City. That came as a surprise to none.

For four years, Fredette dominated games and hoisted deep shots at BYU, even being named the National Player of the Year in 2010-2011. Fredette led the NCAA’s Division I in scoring, averaging 28.9 points during his senior season for the Cougars.

Jimmer Fredette receives an ovation in his return to Utah! #TimeToRise pic.twitter.com/qjwLUgcVMv

However, after being selected No. 10 overall, between Kemba Walker and Klay Thompson, Fredette bounced around the league. Despite coming into the league and creating a 540% increase in merchandise sales for the Sacramento Kings, he never lived up to the hype. Before his contract could expire, the Kings bought him out and he went from the Chicago Bulls to the New Orleans Pelicans before heading to the Chinese Basketball Association. In March, the struggling Suns gave him a chance to return to the NBA.

On Monday, Fredette scored six points for the crowd but appeared as a shell of himself. His one-for-10 shooting performance in 14 minutes was one of the worst of his career and caused some to wonder if he’d played his last NBA game.

Prior to the 125-92 loss to the Jazz, Fredette had also appeared in a Saturday game against Sacramento. He went scoreless in five minutes, just a day after he signed his contract.

Despite his flaws and failures, the BYU alum is still must-see basketball for some. Even Devin Booker, who scored 59 points on Monday, was impressed by him. He wrote on Twitter: “I’m teammates with Jamal Crawford and Jimmer Fredette. That’s wild.”

After signing with the Suns, Fredette acknowledged that he was grateful for a chance to return to the league. He said: “Not a lot of times do guys get second chances or second opportunities, especially at 30 years old. I’m grateful for the opportunity and I realize that. I’m not going to take anything for granted. I’m going to go out there and play hard every day, practice hard and just help our team as much as I possibly can.”