Nikola Jokic And Nuggets Walk Away With Game One Victory Vs. Blazers [VIDEO] - uSports.org 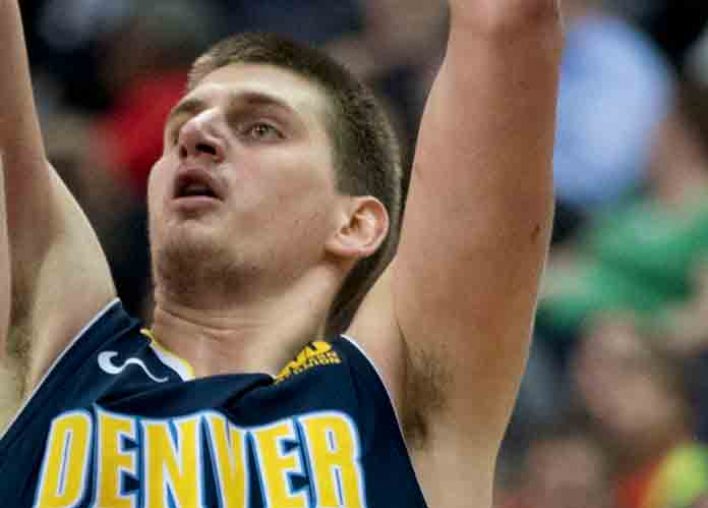 Nikola Jokic And Nuggets Walk Away With Game One Victory Vs. Blazers [VIDEO]

The Denver Nuggets came out in full force on Monday night for Game 1 of the Western Conference Semifinals against the Portland Trailblazers.

Though only one player on their roster had reached the round before, veteran Paul Millsap, head coach Mike Malone has refused to describe his group of guys as “young.”

They didn’t look it on Monday night. With veteran poise, the No. 2 seed in the Western Conference came out and handled the hottest hand in the league at the moment, Portland guard Damian Lillard. While Lillard put up a jaw-dropping stat-line — 39 points and six assists — it wasn’t enough to secure a victory against the team with the best home record this season. Denver started off the series with a 121-113 win.

While Millsap is far from the most talented player on the Nuggets, he set the tone early, making four of his first five shots and walking away with 10 points by the end of the first quarter.

“We’ve been playing inside-out all year,” Millsap said. “That’s where our strength comes from. For us to be effective, we’ve got to establish something down low inside-out. I think when we do that and start games off like that, guys start hitting shots and the rhythm is there. It’s up to us to set the tone.”

However, young stars Nikola Jokic and Jamal Murray took the load off his shoulders soon enough. They’d combine for 60 points and 14 assists in the game.

“We just adjusted,” Murray said. “Joker got into the middle of the paint and was able to make some plays. Gary hit some big shots and ‘Sap was great as well. We have a lot of weapons and the ball was moving for us early.”

While Portland maintains one of the best ball-handlers in Lillard, it came down to Jokic to secure the win. With a slim three-point lead at halftime, Denver turned to its center to control the tempo. He score 15 of his 37 points in the third half. He was also perfect form the line in 12 attempts.

Nikola Jokic stepped up and delivered a Game 1 win in Denver! 💪

Portland will attempt to carve out a win in the second game in Denver. That will take place on Wednesday at 9:00 p.m. EST.