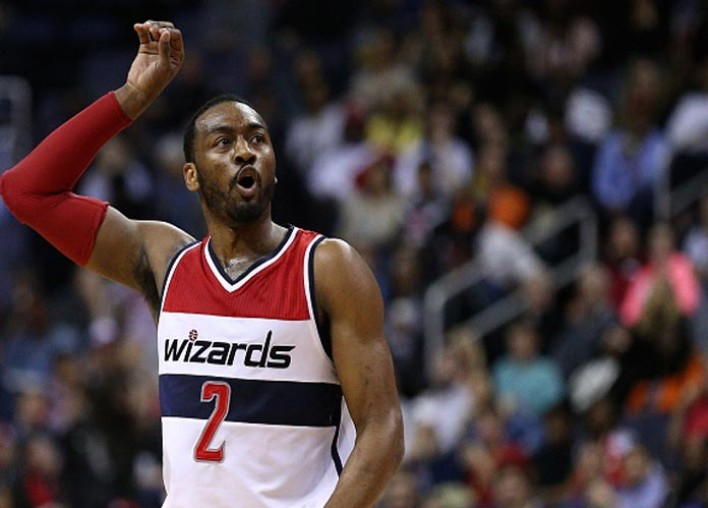 John Wall has spent his entire NBA career with the Washington Wizards, although that hasn’t prevented him from showing what NFL team he truly supports.

On Sunday, the 26-year-old point guard arrived at the Dallas Cowboys’ 27-23 road win over the Redskins at FedEx Field in Landover, Maryland donning a throwback Emmitt Smith Cowboys jersey.

The move surely drew anger from the mostly-Redskins-fans stadium.

Wall even went so far as to throw up the “X” before talking to wide receiver Dez Bryant on the sidelines before the game.

John Wall threw up the X before having quick chat with 88 pic.twitter.com/9mGpeLnnmZ

The Redskins quickly noted, however, that Wall has supported both teams. He has been shown wearing a Redskins jersey in the past, although many believe his true loyalties lie with Dallas.

Redskins (0-2) fans roasted Wall for donning a Cowboys jersey Sunday in Washington territory, given that the North Carolina native has always played in D.C.

Headline: John Wall launches his official Get Me Out Of Town campaign with a bang, fam

Well John Wall and Bradley Beal can both go to hell

With rookie Dallas quarterback Dak Prescott scrambling for a 6-yard TD in the second half, the Cowboys won for only the second time in their past 16 games without the injured Tony Romo– and both of those wins came at Washington.

The Cowboys will next host the Chicago Bears on Sunday, while the Redskins will visit the New York Giants on Sunday.