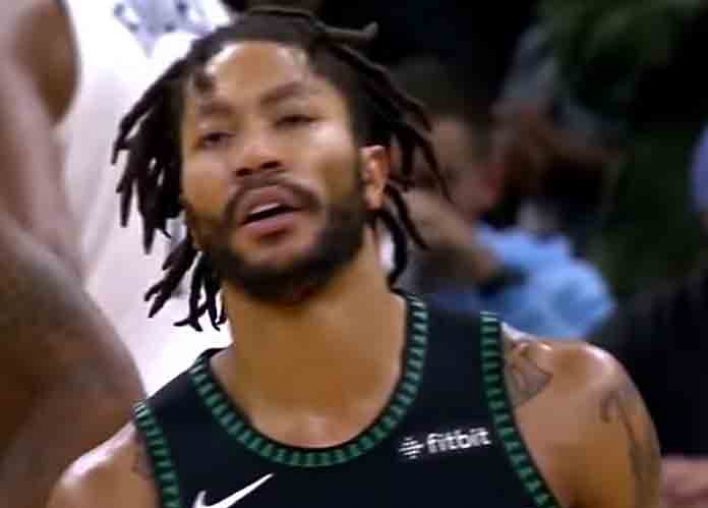 Derrick Rose delivered yet another stellar performance for the Minnesota Timberwolves Sunday night, scoring 31 points and draining a last-second shot to propel the team to a 116-114 home victory over the Phoenix Suns.

Three-time All-Star Rose, 30, logged 29 of his points after halftime and helped the Wolves (22-24, 11th in Western Conference) erase an 11-point deficit. His final shot of the night was an 18-footer that came with 0.9 seconds remaining.

Rose also went 13-of-13 from the free-throw line during the second half — and 11-for-18 shooting overall in the last two quarters — although the Suns’ (11-37, 15th in West) double-teams were powerful in that half.

“I missed a lot. it was all up to my teammates and the coaches for giving me that confidence, putting the ball in my hands and just believing in me,” Rose said, per the Chicago Tribune.

Taj Gibson was among several of Rose’s teammates who helped the star point guard have a great finish to the night. Rose also delivered a great outing on Oct. 31, when he scored a career-high 50 points in a 128-125 victory over the Utah Jazz and reminded everyone of his 2011 self.

Karl-Anthony Towns also finished with 30 points for Minnesota, although only two of those came after halftime.

The @Timberwolves‘ Derrick Rose on his go-ahead bucket: “It all comes from my teammates.” pic.twitter.com/B6cNDzgHbO

Phoenix has now lost four straight games, and will next host the Timberwolves on Tuesday at 9 p.m. EST.

In other NBA news, the Clippers defeated the Spurs 103-95 in San Antonio on Sunday to snap their five-game losing streak, while Victor Oladipo and the Indiana Pacers beat Kemba Walker and the Charlotte Hornets 120-95.