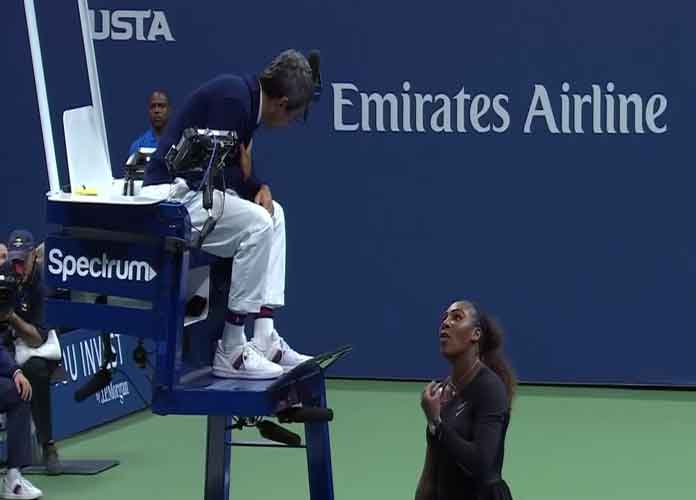 Serena Williams drew attention to herself when she reacted angrily during her loss to Naomi Osaka in the final of the 2018 US Open in September.

Some thought the 23-time major winner was stealing the shine from a budding young star during her first major title. Others viewed the reaction as a critique of black women and that it slandered Williams with the centuries-old stereotype of the angry black woman.

But a cartoon by artist Mark Knight in Melbourne’s Herald Sun newspaper last September received much criticism. Knight’s drawing depicted Williams with her mouth wide open, hands in a fist, jumping onto a broken tennis racket and a baby’s pacifier. In the background, a slender blonde woman, meant to be Osaka, is shown next to the umpire who says, “Can you just let her win?” Osaka has a Japenese mother and a Haitian father and does not have blonde hair.

Knight’s cartoon was called a clear example of the stereotypes cast on black women, showing Williams as angry, hulking, and big-mouthed. The Australian Press Council said people complained the cartoon was racist and sexist. Yet, the council ruled that there was no breach of its standards of practice with the cartoon.

“Specifically, concern was expressed that the cartoon depicted Ms. Williams with large lips, a broad flat nose, a wild afro-styled ponytail hairstyle different to that worn by Ms. Williams during the match and positioned in an ape-like pose,” the council said in a statement. “The council considered that the cartoon uses exaggeration and absurdity to make its point but accepts the publisher’s claim that it does not depict Ms Williams as an ape, rather showing her as ‘spitting the dummy,’ a non-racist caricature familiar to most Australian readers.”

Spitty the dummy is an Australian phrase for a tantrum.

Knight said he was “very happy” with the ruling. “I will not be changing the way I draw cartoons because I think I’m a very free and fair cartoonist and I accept issues on their merits and draw them as such,” he said.

In a critique of the cartoon, The Washington Post compared the drawing to “dehumanizing Jim Crow caricatures so common in the 19th and 20th centuries.”