Federer Vs. Nadal For The 39th Time: A Review Of The Stars' Rivalry Ahead Of Their French Open Semifinal - uSports.org 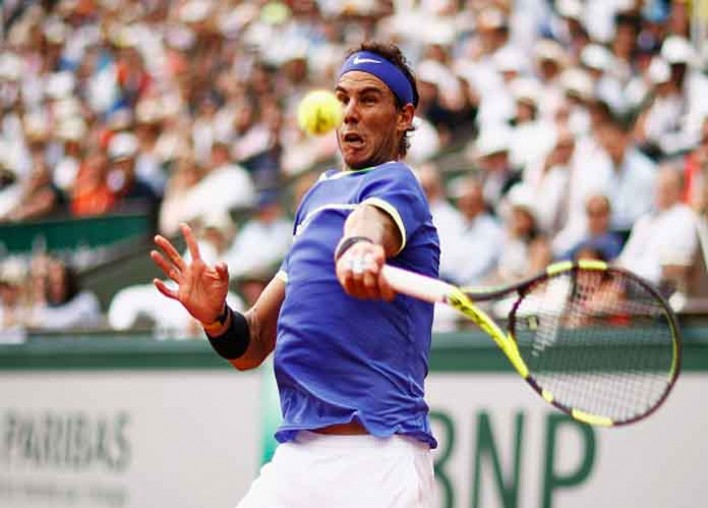 It has been 15 years since the first time that Roger Federer and Rafael Nadal faced off against each other at the 2004 Miami Open. On Friday, the two men who have won more Grand Slam titles than anyone else in tennis history will square off for the 39th time in their historic rivalry on Court Philippe-Chatrier at the French Open in Paris.

For tennis fans around the globe, this meeting holds special significance. Not just because this is Federer’s first appearance at Roland Garros in four years, and not because this is a Grand Slam semifinal, but with Federer being 37 and Nadal 33, we do not know how many more times these all-time rivals will face one another. On Friday, let’s take a moment to appreciate what could very well be the final installment of one of the greatest competitive rivalries that sports (not only tennis) have ever witnessed.

Get your popcorn ready. pic.twitter.com/sonstOc71W

“If I came back to play on clay, it must have been to play Rafa,” -Roger Federer

Winning 20 Grand Slams is a tremendous, unprecedented feat in tennis history. To think not too long ago, Pete Sampras’ then-record of 14 Grand Slam titles seemed like an almost impossible feat to even consider breaking. As of 2019, three players (Federer, Nadal, and Novak Djokovic) have all broken it. For Federer especially, with his career seemingly in the twilight portion, he has no time to get complacent and dream about retirement. Nadal (17 Grand Slam titles) and Djokovic (15 Grand Slam titles) both stand seemingly leaning over Federer, breathing down his neck. For as long as Roger Federer can still play at a high level, it is imperative that he keeps winning Grand Slams to try and create as much distance between himself and his challengers as possible. For Federer, though, the challenge will not get any easier on Friday.

Nadal leads the all-time head to head against Federer 23-15, including 13-2 on clay, and 5-0 at Roland Garros. “If you want to do something on the clay, inevitably at some stage, you will go through Rafa, because he’s that strong and he will be there”, Federer said to reporters on Tuesday. “I knew that when I signed up for the clay, that hopefully, that was going to happen. If I would have had a different mindset to avoid him, then I should not have played on clay.”

Federer has won their last 5 meetings.

Nadal hasn’t beaten him for 5 years.

One thing that Federer has going for him in his rivalry against Nadal is that Federer has won now six consecutive meetings against the Spaniard dating back to Basel in 2015. Nadal has not won a match against Federer since the 2014 Australian Open semi-finals. Of the six consecutive victories for Federer, none have been larger than their epic five-setter in the 2017 Australian Open final.

That Grand Slam final, which rejuvenated a Roger Federer who had not won a Grand Slam since Wimbledon in 2012, is but a distant memory in 2019. At his press conference on Tuesday, Nadal said when asked about his approach to playing against Federer on the red clay in 2019:

“I really expect that he’s going to play aggressive, changing rhythms going to the net, because he’s playing well, and he has the tennis to make that happen.”

He continued: “I have to be solid. I have to hit the ball strong enough to not allow him to do good things from good positions. I need to let him play from difficult positions, so from there he’s going to have less chances to go to the net or to play his aggressive game.”

Is it the greatest rivalry in tennis history?

Is it the greatest rivalry in sport?

This quote all but confirms just how closely Rafael Nadal has been watching his oldest rival’s game, despite it being two years since the pair last met in the 2017 Shanghai Final. For Federer, in anticipation for his match against Nadal, has decided to practice with left-handed hitting partners exclusively. On his approach to playing Rafa, Federer said, “I have played five guys now that are righties, so for me it’s a complete switch around.  Just the way the ball goes out of your strings with the different spins.”

He continued: “It’s just different. So you have to get used to that quickly. Don’t have much time to waste. That’s why you have to be fearless to some extent to take on the spinny balls, the sliding balls, the kicking balls. And that’s what I will do on Friday.”

Will Federer’s aggressive, offensive approach finally earn him a win against Nadal on the red clay of Paris? Or will Nadal’s forehand once again stump Federer like we have seen it do so often in their past meetings? Whatever the outcome, Federer vs. Nadal XXXIX should prove to be another thrilling installment in the twilight of tennis’s two most dominant players in the history of the sport. 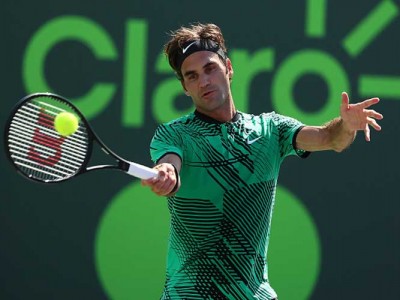