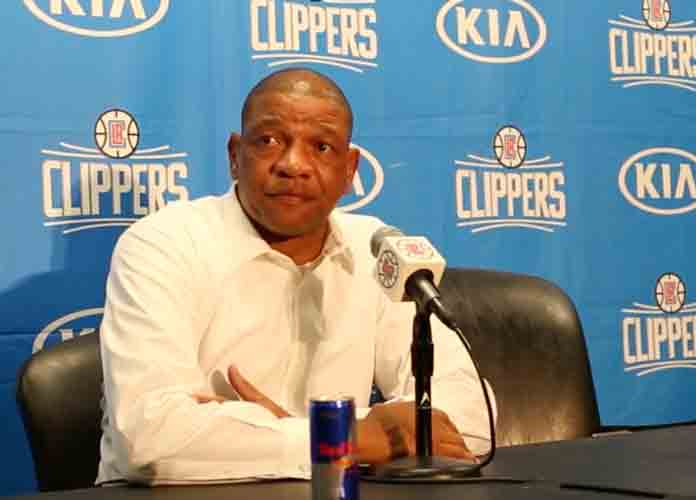 Doc Rivers made clear on Wednesday he has had it with the NBA’s new coach’s challenge rule after a dubious play call from officials.

The L.A. Clippers coach fumed about the new rule following a foul call against Lou Williams in the fourth quarter of Wednesday’s 129-124 home loss against Milwaukee. The league’s new rule dictates that coaches can utilize one challenge per game, regardless of whether it results in a call being overturned. All teams are also required to call a timeout following a coach’s challenge, per the new rule.

Bucks guard Eric Bledsoe drew an offensive foul on Williams about midway through the quarter, as Milwaukee led by seven points. While Williams was racing past Bledsoe, the Bucks star’s head snapped back and appeared to come into contact with the Clippers guard’s arm.

Rivers quickly said he believed Bledsoe tried to trick officials into thinking Williams slammed his arm into his head.

“That was awful,” Rivers told ESPN after the game. “It was. They should’ve overturned it. That’s why I hate the rule. Nobody wants to be wrong. Let me just say that. You have to overturn that. Unless Bledsoe fouled Lou with his face, there was no foul on that play.”

Williams was then called for the foul, and he and Rivers quickly contested the call. The play was reviewed multiple times from different angles, and Clippers fans loudly booed with officials’ final decision after they determined there was contact between Williams’ arm and Bledsoe’s head.

In this case, it appears the facts were not on the Clippers’ side, as clean and conclusive video evidence of foul play must be present in order to overturn a call. Including Wednesday’s call on Williams, 70 coach’s challenges have been used thus far this season and 25 of them (36%) have been overturned.

Rivers must be especially furious because this is his second time losing a coaching challenge this season. On Oct. 26, he unsuccessfully challenged a call with 33 seconds remaining in a loss at Phoenix.