Suns' Eric Bledsoe On Trade To Bucks: 'Time For Me To Move On' - uSports.org 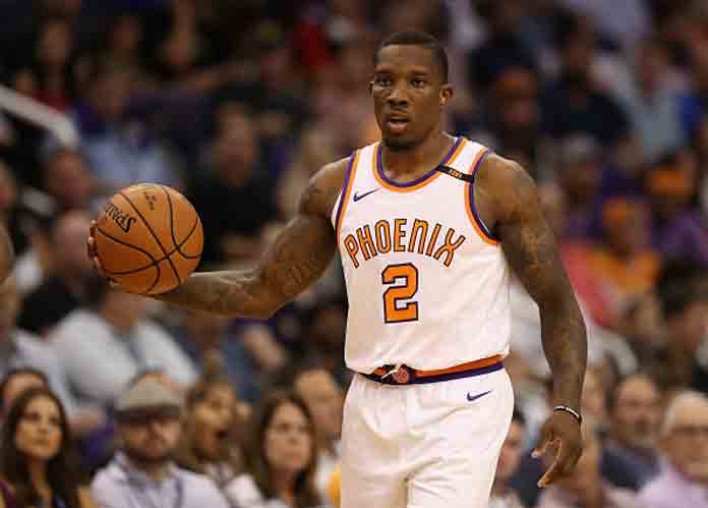 PHOENIX, AZ - OCTOBER 18: Eric Bledsoe #2 of the Phoenix Suns handles the ball during the first half of the NBA game ao at Talking Stick Resort Arena on October 18, 2017 in Phoenix, Arizona.

Suns’ Eric Bledsoe On Trade To Bucks: ‘Time For Me To Move On’

Eric Bledsoe sounds more than relieved to be leaving Phoenix for Milwaukee after four shaky seasons with the Suns.

“It means a lot to me,” Bledsoe, 27, told ESPN in a phone interview on Tuesday. “I’m in my prime and headed to a competitive situation in the Eastern Conference. This is a great time for me and my family. We’re looking forward to getting started in Milwaukee. I had a great time in Phoenix, but I’m excited for what’s next.”

Bledsoe met with Suns owner Robert Sarver and general manager Ryan McDonough during the preseason to request a trade, his preferred way to leave the team.

“I felt like with where the team was headed, it was time for me to move on,” he said. “They’ve got an amazing, young, talented team, and I feel like it was time for me to find a better situation for my career. It had nothing to do with anything the Suns had going on. I made the decision that this was best for me.”

Last season, Phoenix shut down Bledsoe — its starting point guard — for the last 15 games in hopes of ameliorating its draft chances. The Suns ultimately got the fourth pick in the 2017 draft and used it to select Josh Jackson out of Kansas. The Suns recently named assistant Jay Triano as interim head coach following the firing of Earl Watson, who was dismissed after the team’s 0-3 start to the season.

Bledsoe added he is excited to play alongside Bucks star Giannis Antetokounmpo.

“You’ve seen him,” Bledsoe said of Antetokounmpo. “I’ve watched him play like everyone else. He’s one of the top 10 players in this league. He’s a great player. With my talent, and going over there to help facilitate, score, rebound, defend, I’m going to do what’s expected of me and whatever is asked in order for us to win games.”

The Bucks (4-6) next visit the San Antonio Spurs on Friday night.

PHOENIX, AZ – OCTOBER 18: Eric Bledsoe #2 of the Phoenix Suns handles the ball during the first half of the NBA game ao at Talking Stick Resort Arena on October 18, 2017 in Phoenix, Arizona. NOTE TO USER: User expressly acknowledges and agrees that, by downloading and or using this photograph, User is consenting to the terms and conditions of the Getty Images License Agreement. (Photo by Christian Petersen/Getty Images)