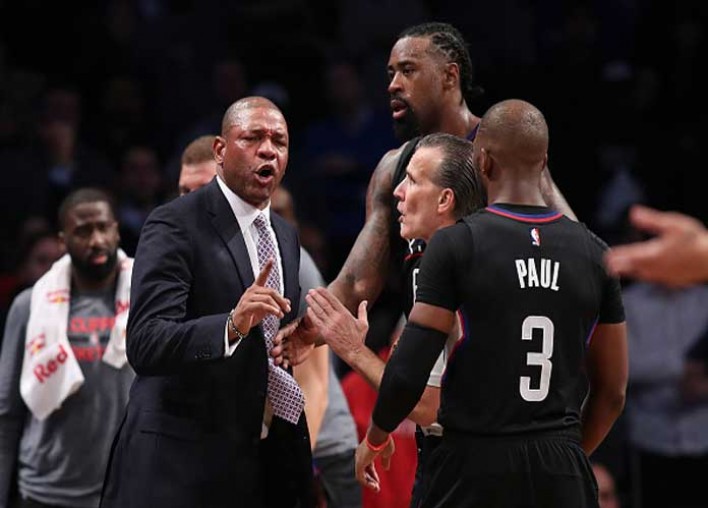 After accepting invitation to join ESPN’s NBA Finals preview as an analyst, Rivers praised Toronto Raptors superstar forward Kawhi Leonard, comparing “the Klaw” to Michael Jordan as he stated, “He’s the most like Jordan we’ve ever seen. Like there’s a lot of great players. LeBron [James] is phenomenal. KD [Kevin Durant] is phenomenal. But he is the most like him. Big hands. Post game. Can finish. Great leaper. Great defender. In-between game. If you beat him to the spot, bumps you off. Then you add his 3-point shooting. I never get into who’s the best player. Magic is the best player, Michael Jordan is the best player, LeBron. But it’s that same group.” Days following the shows conclusion, the fine was issued which surprised numerous figures around the NBA including Rivers himself.

NBA Commissioner Adam Silver gave input on the situation as he commented, “It’s not a fun part of my job ever fining anyone. And I understand the interest of the media in hearing a coach’s view about a current NBA player, but it’s something where there’s a bright line in this league and you’re not allowed to do it.” Tampering remains a league–wide issue, as Silver issued a memo last December advising teams to respect the regulations posted, as the chatter from James regarding potential trade piece Anthony Davis caused the league to begin cracking down on the issue.

Although which comments exactly warranted the $50,000 fine, Rivers’s high praise for Leonard breaches the code which ultimately stands in place to prevent coaches and executives from prematurely advertising themselves to future free agents, such as Kawhi, who’s appears likely to test the market after this season’s ending. The Clippers remain a likely candidate to acquire the Leonard’s talents this summer, as he mentioned Los Angeles as a favorable trade destination during his affair with the Spurs. Los Angeles also finishes out this year poised to attain $54 million worth of cap space, allowing them to not only pay Leonard heartily, but also add other talent to surround Leonard. However, it appears Rivers will need to wait like the rest of us as the NBA Finals roll on, unless of course he plans to dig deeper into his pockets.