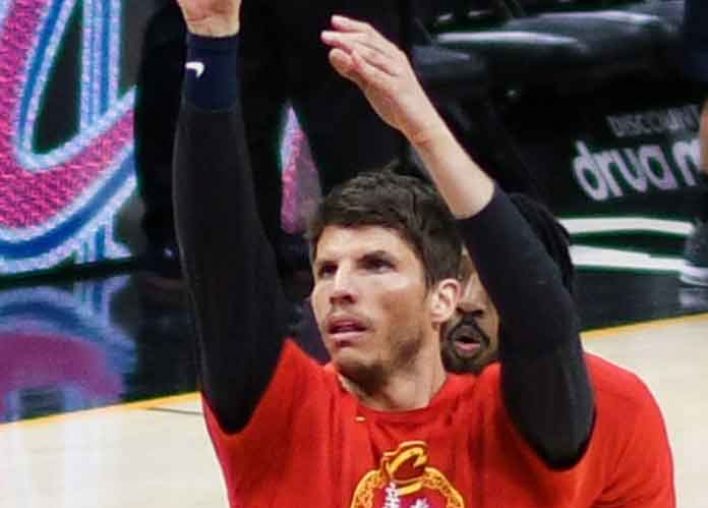 Kyle Korver, a 16-year veteran who has played on a multitude of NBA teams, was a free-agent this summer before signing with the Milwaukee Bucks.

According to ESPN, Korver was debating between the Philadelphia 76ers and the Bucks before taking into account that he has a history with Bucks head coach Mike Budenholzer, and that ultimately played a big role in the signing. Budenholzer and Korver were together with the Atlanta Hawks, where Korever earned his one and only All-Star placement in 2015.

Korver remained one of the most-popular, sought out and cheapest free agents on the market in July. He was rumored to take a smaller contract, at just one-year, with an undisclosed salary.

Korver could replace the likes of Malcom Brogdon, who signed to the Indiana Pacers this summer on a multi-year contract to play alongside Victor Oladipo. Alongside Korver, The Bucks also picked up Pat Connaughton and Wesley Matthews, and resigned Khris Middleton on a max deal.

Korver is undoubtedly known for his shooting behind the arc. He shoots just under 43 percent from three, shooting 39.7 percent last season with the Utah Jazz. He shot 248 threes last season, and was placed 22nd out of 102 NBA players who shot at least 200 threes. Korver will have Giannis Antetokounmpo, Brook Lopez and Eric Bledsoe alongside him, which will open the floor even more.

The Bucks seem to be set as favorites to win the East for this upcoming season. They held onto the reigning MVP, as well as Lopez and Middleton, and beefed up their role players by picking up Bledsoe and Korver. They needed a shooter to help them extend the floor and honor the three. They will want to win their first NBA title as a team.

Korver was drafted by the 76ers back in 2003, but has since played for the Jazz, the Chicago Bulls and the Cleveland Cavaliers.