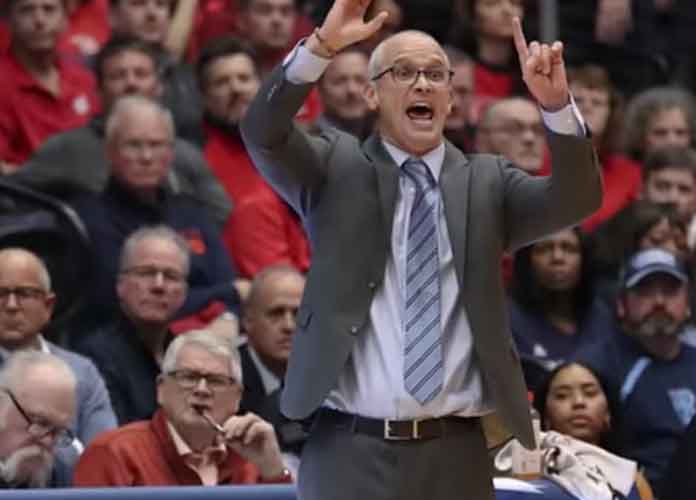 After a somewhat short-lived vacation playing as an American Athletic Conference member, sources believe UConn‘s sports teams plans to rejoin the Big East before the year finishes out. Although the votes confirming the move from UConn’s trustee board remain momentarily not cast, a meeting and later official announcement appears likely during the upcoming week.

Amid the speculation, UConn expectedly gave little insight to the situation as they released a statement saying, “Our responsibility to always be mindful of what is in the best interest of our student athletes, our fans and our future. With that being said, we have been and remain proud members of the American Athletic Conference.”

Source confirmed that UConn will be added as a member of the Big East. Announcement likely this week.

This transition back poises to benefit their men’s basketball program above all, as the school enjoyed multiple successful years while playing talented competition during the school’s first tenure as a Big East team. With the UConn’s women’s basketball squad steamrolling teams en route to a national championship nearly every year, this move offers little change, as the new Big East competition they’ll face will likely fail to challenge them in accordance with the nation’s other teams. However, a large question mark consequently looms over UConn’s football team now. With football’s continued absence from the Big East, UConn may loose their football program entirely. Other options such as keeping the football program within the AAC or as an independent program remain possible, yet highly unlikely, due to their insignificant chance to turn in profit for the school.

UConn as a football independent would be tough.

So would UConn as a MAC or Conference USA member though, if we’re being totally honest.

Simply put, there is no easy answer for UConn football, and there really never has been.

If these rumors surrounding UConn come into fruition, they’ll face off against more prominent teams such as Seton Hall, Marquette, Providence, Xavier and others. The conference’s most recently successful team, Villanova, who won men’s basketball championships in 2016 and 2018, rounds out the new fraternity of potential opponents that generally play to far higher levels than the less impressive AAC teams.

UConn basically founded the Big East as an initial member during the conference’s creation in 1979. UConn initially left the conference, following other departing teams such as Pittsburg, Syracuse, St. John’s, Georgetown and others, hoping the move would work to generate more money for their basketball programs. However, after some experiment years building up little momentum apart the smaller and less prominent AAC, UConn appears to be coming home.