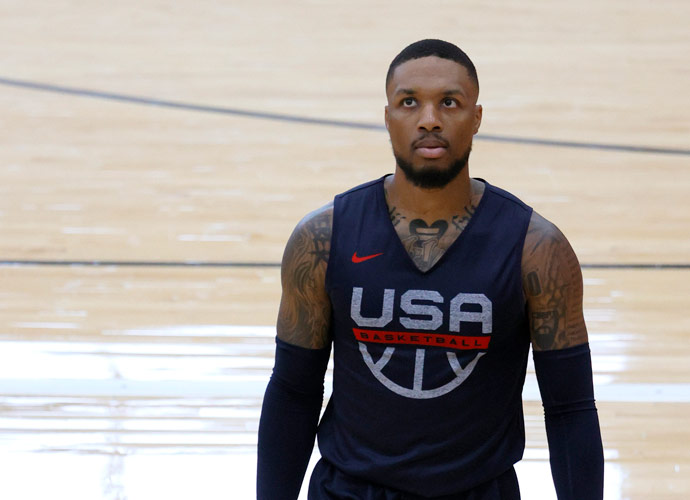 LAS VEGAS, NEVADA - JULY 06: Damian Lillard #6 of the 2021 USA Basketball Men's National Team practices at the Mendenhall Center at UNLV as the team gets ready for the Tokyo Olympics on July 6, 2021 in Las Vegas, Nevada. (Photo by Ethan Miller/Getty Images)

Team USA basketball has been expected to dominate the competition in the Olympics. So far – they have done anything but that.

The U.S. was defeated by Australia’s basketball team 91-83, despite leading at halftime by 11 points. The defeat marks their second in a row after they fell to Nigeria by a scoreline of 90-87, which was arguably the biggest upset in international sports in recent memory.

Head Coach Gregg Popovich emphasized progress rather than results. “After a short time together, there’s a lot of things that have to be covered … We are still working at becoming a team,” said Popovich.

“No disrespect to them, they’re a hell of a team, obviously the guys they’ve got on their roster and Pop standing up there is always nice to see, but we came in here expecting to win the game and that’s what we did,” said Australia and Utah Jazz player Joe Ingles. Even without star player Ben Simmons and having changed their head coach twice in just two years, Australia still managed to grind out a victory. A large part of this victory came from gritty paint play, which saw Australia rack up 44 points.

While Australia looked energetic, physical and played solid team basketball, the U.S. seemed to lack true determination or enthusiasm throughout the contest.

Team USA can no longer win with lackluster performances. if they are to succeed in Tokyo, they will need to improve drastically – and quickly, too.

Ben Simmons On Cusp Of Playing For Brooklyn Nets

No Set Timetable For Ben Simmons’ Return To Court