Rickie Fowler Hunts For First Major At US Open - uSports.org 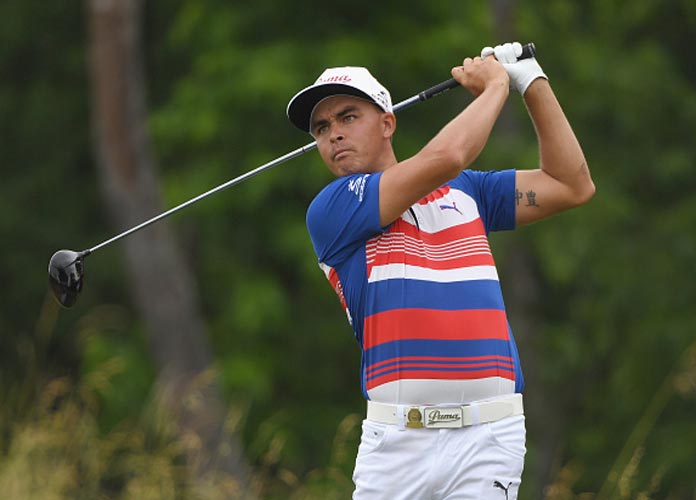 OAKMONT, PA - JUNE 16: Rickie Fowler of the United States plays his shot from the fourth tee during the first round of the U.S. Open at Oakmont Country Club on June 16, 2016 in Oakmont, Pennsylvania. (Photo by Ross Kinnaird/Getty Images)

Rickie Fowler Hunts For First Major At US Open

After he overtook Sweden’s Henrik Stenson on the back nine of the final round to win the Deutsche Bank Championship at TPC Boston nine months ago, Rickie Fowler was slowly becoming known as one of the world’s top golfer.

Rickie Fowler Hunts For First Major At US Open

Although he still doesn’t have a major championship title, the 27-year-old Murrieta, California native won the Players Championship and DBC (a playoff tournament) on the PGA Tour, sandwiched around a victory at the European Tour’s Scottish Open, all big events, in 2015.

Fowler was ranked fifth in the world after he won in Norton, behind Jordan Spieth, Rory McIlroy, Jason Day, and Bubba Watson. The order has slightly changed, with Day at No. 1, but Fowler remains fifth behind the same four names.

However, the momentum Fowler racked up after winning those three events– as well as another European Tour victory in January–has declined. He will seek to regain it at the 116th US Open at Oakmont Country Club in Pennsylvania, a tournament which will begin on Thursday.

“Next step would be winning a major,” Fowler said. “The last two years have definitely put me in a great position for that, with the top-fives in 2014, and then coming back in ’15 and winning multiple times for the first time in my career. Obviously, big win at the Players, and to go on after that and get a couple more wins in the following months.

“Not the start that I wanted to the majors this year, but we’ve got three ahead of us, and I’m really looking forward to this week.”

Over his last five opening rounds at majors, Fowler is a combined 21 over par. He’s ranked 92d in first-round scoring average this year, and was 33rd in the same category one year prior.

The young American also won in Abu Dhabi in January, was fifth in Hawaii at the Tournament of Champions– which Spieth won– and lost a playoff to Japan’s Hideki Matsuyama in Phoenix. He also tied for fourth at the Wells Fargo, one of six top-10 PGA Tour finishes on the season.

And yet, something still seems amiss in Fowler’s game. He acknowledged that the four players ahead of him have created separation.

“I think there’s a bit of a gap right now,” Fowler said. “They’ve won majors, so I’ve got some catching up to do.”

Thus far, Day has three wins and Spieth two, while McIlroy won last month on the European Tour at the Irish Open, and Watson went 1-2 just before the Masters.

“The only reason that I’ve struggled a little bit here and there is just because I’ve been a little bit frustrated with the putting,” Fowler said, “and that can sometimes leak over into driving the ball and then hitting a good shot onto the green. I’m looking forward to seeing the ball go back in the hole.”

Fowler was 18th on Tour in putts per round last year. This year, he’s No. 100. He will paired for the first two rounds of the US Open with McIlroy and Masters champion, Englishman Danny Willett.

When asked about golf’s current best players, Willett included Fowler in his list.

“You want to be playing in majors with Rory, Rickie, Jordan and Jason,” Willett said, “and playing against them.”

“If I put the last two years together, that would equal a major this year,” Fowler said. “But they don’t come that easy. We’ve got some work to do, and I’m looking forward to chasing those guys down. A major will come.”

PHOTO: OAKMONT, PA – JUNE 16: Rickie Fowler of the United States plays his shot from the fourth tee during the first round of the U.S. Open at Oakmont Country Club on June 16, 2016 in Oakmont, Pennsylvania. (Photo by Ross Kinnaird/Getty Images)