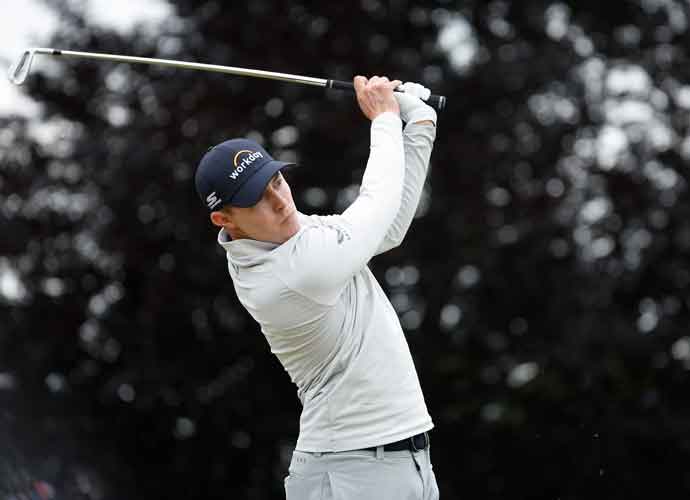 BROOKLINE, MASSACHUSETTS - JUNE 19: Matt Fitzpatrick of England plays his shot from the 15th tee during the final round of the 122nd U.S. Open Championship at The Country Club on June 19, 2022 in Brookline, Massachusetts. (Photo by Jared C. Tilton/Getty Images)

The U.S. Open was hanging in the balance as the golfers approached the 18th hole. With the prospect of a playoff on the horizon, Matt Fitzpatrick and Will Zalatoris approached the 18th hole with the dream of a U.S. Open title on the line. The two had come out of a group full of top players, with the top six going into the 15th hole all being top 20 World Ranked golfers.

In the twilight of the round, Zalatoris and Fitzpatrick were faced with similar circumstances. With each of their balls in precarious positions, Fitzpatrick’s was in the fairway bunker and Zalatois’s not even on the fairway, a birdie would win the Open outright but a par would trigger a playoff. For both golfers, whatever they did next would define their legacies and clinch an all-important major championship. Fitzpatrick delivered, though, with a beautiful shot that secured him the lead in the championship and a putt that secured him a par. Zaaltoris had a chance to keep the round going, however, he narrowly missed a birdie putt, clinching the win for Fitzpatrick.

Fitzpatrick’s par on the 18th was only a tidbit of the greatness that he showed all day long. He has hit 17 of 18 greens in the final round, something only two other golfers have done in the last three decades. Nick Faldo did it in the Masters in 1996, and Brooks Kopek did it in the 2017 U.S. Open.

“It’s one of the best shots I’ve hit of all time,” Fitzpatrick said. “I’ll be honest, I’ve really struggled with fairway bunker shots all year. I’m a fast player, and when I look back on it, it all happened so fast. The natural ability just kind of took over. I just played the shot that was at hand. It came out as a kind of a squeezy fade. It was amazing.”

This is Fitzpatrick’s first major championship, and he said that he’s been working hard to get to form since 2020. “I’ll be honest, it’s worked wonders, maybe three years ago, if I was in this position and I was playing with Will in the final group, I’d be concerned I was going to be 15 or 20 behind him all day,” he said. “I felt comfortable knowing I was going to be past him, which obviously gave me confidence going into the next shot. When you’re hitting it past people, it’s obviously quite nice.”

For Zalatoris, however, this was his third second-place finish at a major championship.