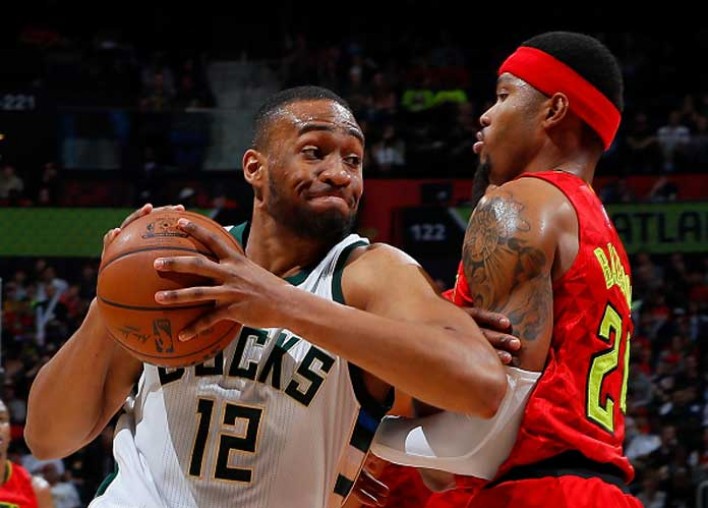 ATLANTA, GA - JANUARY 15: Kent Bazemore #24 of the Atlanta Hawks draws a charge from Jabari Parker #12 of the Milwaukee Bucks at Philips Arena on January 15, 2017 in Atlanta, Georgia.

The Los Angeles Lakers announced Monday that they have signed free agent guard Avery Bradley to a two-year, $9.7 million contract.

Once guard Avery Bradley clears waivers today, he plans to sign a two-year, $9.7M deal with the Los Angeles Lakers, his agent Bill Duffy of @BDA_Sports tells ESPN. Bradley will have a player option on the second season.

Bradley, 28, cleared waivers on Monday after being waived by the Memphis Grizzlies on Saturday. According to Bradley’s agent, Bill Duffy of BDA Sports, the second year of Bradley’s contract with the Lakers will be a player option.

The 6-foot-2 Bradley is known for being a stout defender across the NBA. Brooklyn Nets guard Kyrie Irving has said before that Bradley guards him better than any other player in professional basketball. His offensive game, however, leaves a lot to be desired, part of the reason why Bradley has been traded three times in the last three seasons.

Bradley started 49 games for the Los Angeles Clippers last season before being traded to the Grizzlies for forward JaMychal Green and guard/forward Garrett Temple.

In other free agency news, the Atlanta Hawks have signed free agent forward Jabari Parker to a two-year, $13 million contract.

The Washington Wizards declined the second year of a two-year, $20 million contract for Parker on June 29, thus letting Parker explore other options in free agency.

Parker, 24, spent time last season with both the Chicago Bulls and Wizards. After being relegated to reserve duty with the Bulls, Chicago traded Parker to the Wizards where he played in 25 games off the bench for Washington. In those 25 games for the Wizards, Parker averaged 15.0 points, 7.2 rebounds and 2.7 assists per game on a career-high 52.3% shooting from the field.

Jabari Parker is heading to the Hawks on a two-year deal worth $13M, per @ShamsCharania pic.twitter.com/IrQ75eKRbQ

The biggest issue that Parker faces is his lack of defense. Last season, Parker ranked 87th out of 100 power forwards in the NBA in defensive real plus-minus (-0.91).

I kinda like Jabari Parker in Atlanta. It seems like the conventional starting frontcourt is John Collins and Alex Len. 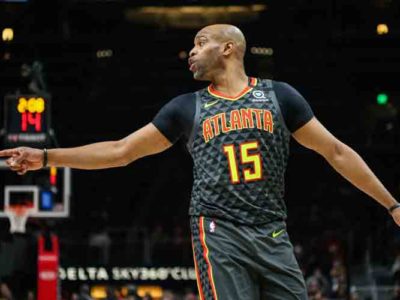