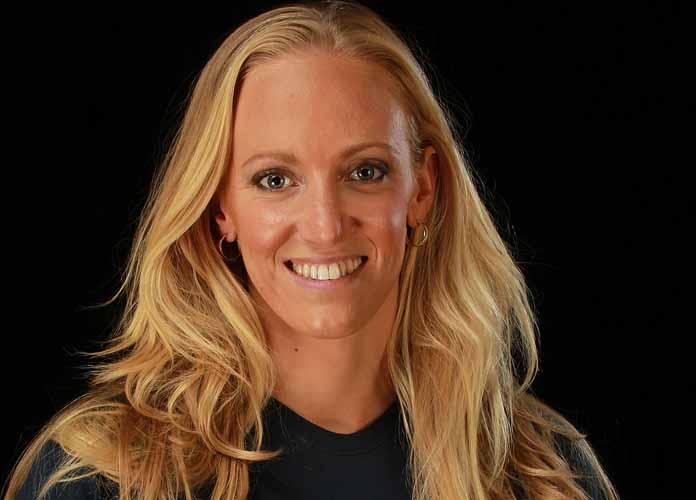 What she has accomplished as a swimmer and as an athlete is amazing. Vollmer was diagnosed with a condition called Long QT Syndrome, which is the cause of sudden death in athletes due to a spike in heart rate to around 250 beats per minute. Vollmer was informed she shouldn’t swim any more, but unable to determine that it was the swimming that was the cause of the random spike in heart rate doctors allowed her to compete provided she carried a defibrillator to meets with her. She has been cleared of all of her symptoms since 2009.

Her training regiment includes much more than just swimming laps in the pool, she does just as much training on land as she does in the water.

“We do a lot of alternative training, I’ve done a lot of my training in the ocean and we do kick boxing, we’ve done ballet, we’ve done step classes and spin classes. It’s not just about getting in shape for swimming, it’s about an overall athlete,” Vollmer said. “I still have to work on my walls, on starts and that’s being just athletic. Our coach feels that any way we can increase our athletic ability is going to help me perform when I get into the pool. I’ve really loved ocean training, just a different kind of being in the water, and learning how to deal with currents and waves and outside stressers and still being able to use the water and learn how to move my body through the water. When I go from that into a pool, it’s so calm and just seems like it’s just full of potential.”