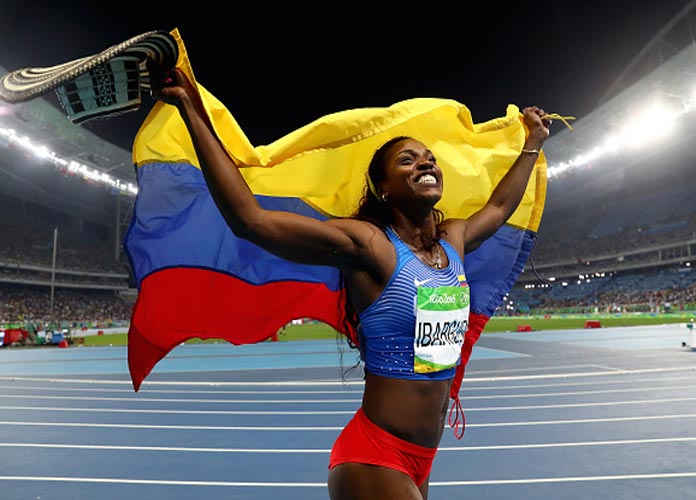 Police in Rio de Janeiro on Tuesday searched the home of the head of Brazil’s Olympic Committee as part of an investigation into allegations that politicians, wealthy businessmen and Olympic officials bribed members of the committee to secure the city’s bid to host the 2016 Summer Games.

According to Rio-based newspaper O Globo, prosecutors are questioning Brazilian Olympic Committee President Carlos Arthur Nuzman and Arthur César de Menezes Soares Filho, a wealthy businessman known as “King Arthur” in Brazil. Filho has intermittently lived in Miami, where he owns a large portfolio of luxury properties and businesses. O Globo adds that a warrant has been issued for the latter’s arrest.

Nuzman, a former IOC member, will answer questions from prosecutors Tuesday afternoon during a meeting at which he will turn in his passport. The Associated Press reported that police were spotted removing suitcases, documents and a computer from his house.

“I can confirm that he did not commit any irregularity,” Nuzman’s lawyer, Sergio Mazzillo, told reporters in Brazil. “Unfortunately, this has created a media spectacle.”

According to the Washington Post, officials from France, Antigua and Barbuda are assisting in the operation. Brazilian prosecutors claim that Nuzman helped buy the votes of African IOC members during the bidding process for the 2016 Olympics and that Soares Filho laundered the money used to pay them off by using bank accounts in the United States, Antigua and Barbuda — a scheme centered in the British Virgin Islands — according to O Globo.

Filho previously served as a top government contractor in Brazil and was also the right-hand man of Sergio Cabral, the former governor of the state of Rio de Janeiro. In June, Cabral — who served as governor of the state from 2007 to 2014 — was convicted of bribery and money laundering to finance Olympic infrastructure projects. Cabral was sentenced to 14 years in prison.

Here is an excerpt of a report from the Miami Herald published last month, which claims Cabral, then-Brazilian President Luiz Inácio Lula da Silva and Rio Mayor Eduardo Paes held a meeting with Soares in 2009 with the intention of authorizing him to bribe an IOC member for his 2016 Olympic bid vote:

Investigators in France claim an offshore company tied to Soares and based in the British Virgin Islands was involved in two suspicious wire transfers totaling $2 million to the son of Lamine Diack, a Senegalese IOC member who was then president of the International Association of Athletics Federations (IAAF). The transfers took place three days before the IOC vote on the 2016 host city in 2009, and the money was transferred to a Russian account. On the day of the vote, the offshore company wired another $300,000 to an IOC committee member in a leadership role, according to Le Monde.

Rio de Janeiro defeated Madrid in a landslide for the right to host the 2016 Olympics, securing 66 of 98 votes in the final round of IOC voting, and Rio 2016 organizers have long denied any wrongdoing.

“Rio won the Games because it had the best project, both from the point of view of the organization of Games and the legacy,” a Rio 2016 spokesperson told the Guardian in March 2016. “Rio beat Madrid by a clear margin of 66-32 [votes], which excludes any possibility of a manipulated election.”