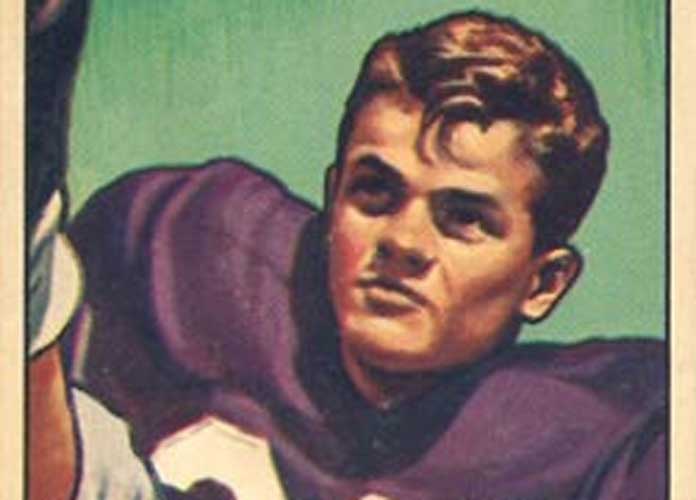 Detroit Lions legend Yale Lary, a Pro Football Hall of Fame safety, died Friday morning at his home in Fort Worth, Texas, at the age of 86.

The Pro Football Hall of Fame confirmed the news.

Lary played 11 years for the Lions (1952-53, 1956-1964), and interrupted his NFL career in Detroit by serving in the U.S. Army. The nine-time Pro Bowler, who was also named All-NFL five times and selected to the NFL’s All-Decade Team of the 1950s, was inducted into the Hall of Fame in 1979. Lary was also included in the 2009 inaugural class of the Pride of the Lions. His nine Pro Bowl appearances are the third-most in Lions franchise history.

“He was defined by his heart and character that made him one of the game’s greatest players,” Baker added. “Yale led by example and raised the level of all his teammates that resulted in multiple league titles for the Detroit Lions. Those same traits were on display during his service to our country as a member of the United States Army.”

Lary served as a defensive back, kickoff returner and punter. He recorded 50 interceptions and averaged 44.3 yards per punt and helped the Lions win three NFL titles in 1952, 1953 and 1957. His rookie year with the Lions (1952), Lary recorded four interceptions, and logged another five intercepted the following season.

“On behalf of my family and the Detroit Lions, I would like to extend my deepest, personal sympathies to Mary Jane and to his children Yale, Jr. and Nancy Jane on the passing of Yale,” Lions owner Martha Ford said in a statement. “As his Hall of Fame career indicates, Yale truly was one of our all-time great players and one of the greatest of his generation. As good as he was on the field, he also was a genuinely wonderful person, one whose company and friendship Mr. Ford and I greatly cherished.”

The late safety described the Lions as a close family.

“What I remember best of those times were not the games we played — the only one that sticks in my mind was the ’53 championship game when the pass to Jim Doran beat Cleveland in the last few minutes — but the closeness of everybody on the team,” Lary said in 1979. “I was talking to Torgy [former lineman Laverne Torgeson] just last night and we agreed there never was a team like the Lions of the 1950s. It was just one big happy family — our family against the rest of the football world.”

Lary also played minor league baseball during his NFL off-seasons, and was elected to the Texas Legislature in 1958 and again in 1960 while remaining an active player.

Before his career in the NFL, Lary helped lead Texas A&M to a 22-21 victory over Texas his senior year, 1951. That marked the first time in 12 years the Aggies defeated their greatest rival. In that championship game, Lary ran for a 68-yard touchdown and caught a 37-yard scoring pass. That same year, he propelled A&M’s baseball team to the College World Series and set a Southwest Conference record for doubles.