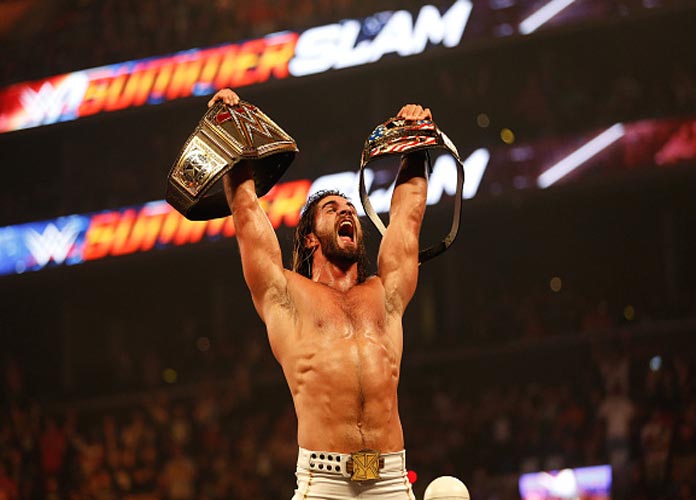 This week, it was reported the Usos could be back in the WWE after being pulled from SummerSlam. It is rumored that their comeback will be at the NXT event with Big Cass.

Smackdown and Monday Night Raw will make their way to Madison Square Garden for the first time in ten years and feature Seth Rollins, Becky Lynch, Lacey Evans and The Undertaker, all on September 9 live on Pay-Per-View.

3 incredible title matches to determine who will lead @NXTUK as champions…
A last man standing match to settle a score…
And a chance to stake a claim or a shot at redemption after following the first #NXTUKTakeOver.

WWE is also set to announce a partnership with Fox, with the ad featuring The Rock, John Cena, Snoop Dog, Gordon Ramsay, The Undertaker and  Charlotte Flair — among others — for “We’re All Superstars” on October 2.

WWE will continue its celebration of the 20th anniversary of Smackdown starting on Monday October 4, and will continue this every Monday for 52 weeks on Fox as part of the company’s new five-year-deal.

WWE Live will also continue its worldwide reach by heading to Argentina on September 6.

Tag-team duo The Authors of Pain is rumored to make its return in the next Smackdown after one half of the pair, Akam, injured his knee in January. Although they were medically cleared weeks ago, Vince McMahon kept them from the last Smackdown after their loss during their comeback on June at the Super Showdown in the 51 Man Battle Royal.

Which is your favorite WWE event? Smackdown? Clash? NXT? All?