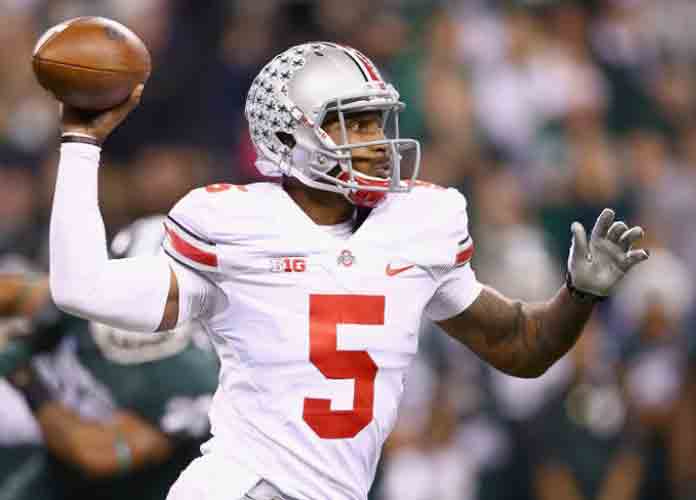 Quarterback Braxton Miller #5 of the Ohio State Buckeyes delivers a pass during the Big Ten Conference Championship game against the Michigan State Spartans at Lucas Oil Stadium on December 7, 2013 in Indianapolis, Indiana.

The Big Ten Conference announced Thursday morning that it had sold its broadcasting rights to Fox, NBC and ABC for approximately $1 billion per year.

The world of college sports grows more tumultuous by the day, and as players fight for pay and conferences balloon in size, the landmark broadcasting deal only serves to reiterate its massive popularity and raise the stakes even higher.

Starting in 2023, the Big Ten will operate similarly to the NFL and broadcast events on all three primetime networks. College football, in particular, will become especially valuable as the three networks compete for games in valuable Saturday time slots. After nearly three decades with ESPN, however, the conference’s new deal excludes Disney and its massive sports channel.

ESPN was not willing to meet the Big Ten’s requests and is instead focused on nurturing its relationship with the SEC and ACC.

Before this deal was arranged, the conference’s broadcasting rights were worth approximately $430 million. This seven-year deal worth at least $7 billion marks a massive increase in the Big Ten’s value. It also exacerbates existing disputes in college sports.

Since before NIL regulations were passed, college athletes have called for a cut of broadcasting revenue earned by their conferences. In a world where these athletes can now profit from their careers and reputations, a billion-dollar deal is sure to reignite such discussions.

Moreover, the recent decision by UCLA and USC to leave the Pac-12 and join the Big Ten becomes even more important, as those two schools were included in the deal despite their pending status. The addition of two more teams to the 14-team conference sparked a fiery debate among figures in college sports about the nature of “superconferences.”

This broadcasting deal demonstrates the potential profitability of such a large conference, arguably at the expense of competition.

Though the Big Ten has taken vehement stands on both of these issues, leaving athletes out of revenue considerations while advocating for further expansion, commissioner Kevin Warren was clearly unconcerned about the potential fallout while organizing the massive broadcasting deal.

“This provides some financial stability for our schools, and some organizational stability as well,” Warren said to Sports Illustrated. “It’s been fun and intellectually challenging. Now the real work begins.”

As athletes take the first step toward an income, conferences grow to massive sizes and networks vie for lucrative media arrangements, the world of college sports is changing as rapidly as it’s growing. It isn’t losing momentum either.