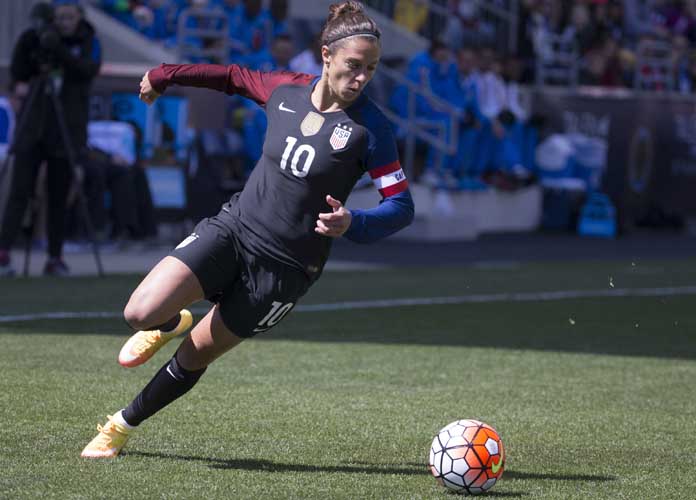 If you are a basketball fan you have definitely heard of LSU’s 6-foot-11 superstar Ben Simmons or Duke’s newest blue chipper, Brandon Ingraham. Even casual fans are familiar with the likes of Buddy Hield and Domantas Sabonis, son of former Portland Trailblazer and European basketball icon, Arvitis Sabonis.

And if you participated in an office pool last March  you’ve probably cursed the name Denzel Valentine, the reigning Big Ten Player of the Year, better known for his role in Michigan State’s early exit in the 2016 edition of March Madness. These five players will be picked in the top 15 of the upcoming NBA Draft.

But what about names like Breanna Stewart, Rachel Banham and Aerial Powers?

The faces appear a little fuzzier than that of their male counterparts, but these women were picked first, fourth and fifth respectively in the 2016 WNBA Draft. They are the fresh faces responsible for ushering in a new era for the NBA’s sister-league.

Unfortunately, for most of the sports world the “W” stands for “Who cares?”

The bottomline is, regardless of their physical gifts, WNBA players and female professional athletes in general, are still treated as second-class citizens, banished to the dark corners of the sports landscape.

Banham’s name may ring a bell, but only because Kobe Bryant shined the brightest light he could find upon the former Minnesota Golden Gopher. And even that took a 60-point performance from Banham before the Black Mamba decided it was time to strike a few keys on the Twittersphere.

Clutch @rachelbanham15 not many players can side fade, let alone for a game winner #mambablood

As women creep closer to equality in the business world, the gap between male and female athletes continues to widen.

Look no further than the U.S. Women’s National Soccer Team.

The players remain in a contentious dispute with the U.S. Soccer Federation over fair wages, despite capturing the highest honor in the sport, the FIFA World Cup crown last summer. The U.S. men’s team on the other hand, is coming off consecutive runs to the knockout round in their previous two World Cup appearances. (Please pop your bottles with care.)

But do soccer fans see the men’s team as a threat to take it all? No. Even the most hardened hooligans will tell you the men are miles off target. No one really believes-that-they-will-win, it all.

But the women have raised the cup three times in their history and twice since 1999.

The last time the men held it, Old Trafford was just called Trafford … in a mythical land called honalee. That is to say that the men’s team, in their 86-year history, has yet to hoist the World Cup overhead.

The women have three world titles in 24 years, but you wouldn’t know it looking at their pay stubs.

USWNT defender Carli Lloyd won the Golden Ball in 2015, awarded to the most valuable player in the World Cup, but she takes a back seat to another individual from her home-state of New Jersey, men’s goaltender Tim Howard. Back in February, Lloyd and her teammates decided they had enough, filing a wage-discrimination complaint with Equal Employment Opportunity Commission with the hope of moving the needle.

The social scales had already been shifted.

Forward Abby Wambach‘s same-sex celebration kiss was heralded throughout the country with #LoveWins going viral on social media. Reflecting on the USWNT’s miraculous run through the 2015 World Cup, President Barack Obama made public comments suggesting that equality was not a dream for the future, but a reality in the present.

But the status quo remains in tact, even when it comes to the “little things.”

The top five men’s soccer players are paid $334,000 more on average than that of the top five females. The men even get $15 more per day for expenses, including meal money.

“Maybe they figure women are smaller and thus eat less,” Lloyd quipped in a essay for the New York Times.

The time has come for change. Women have had the right to vote for 96 years, it’s about time they are afforded equal rights in the workplace, on the pitch and in the arena.

Lloyd said it best: “Simply put, we’re sick of being treated as second-class citizens. It wears on you after awhile. And we’re done with it.”