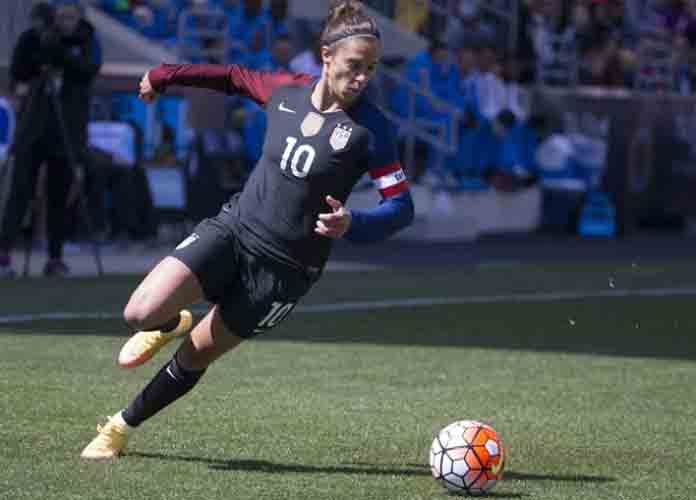 Carli Lloyd proved this week she is not just a talented soccer player and that she could also have a shot at playing in the NFL one day.

“I’m really impressed with all these guys,” Lloyd said in a video she posted. “It’s awesome to be here. Really looking forward to the season.”

Thank you to the @Eagles for having me out! Thanks to @JustinTuck @jake_elliott22 @MayorRandyBrown for the good time and tips! 🏈 🎯 #55yd pic.twitter.com/owZ16f46Th

The video showing Llyod’s kicking ability rapidly spread around online and caught the attention of Pro Football Hall of Famer Gil Brandt, who said he believed she could make history as the first female NFL player and deserved at least an “honest tryout.”

“Honestly, I don’t think it will be long before we see a woman break through this NFL barrier,” tweeted Brandt, the former vice president of player personnel for the Dallas Cowboys. “I’d give her an honest tryout if I were, say, the Bears.”

Honestly, I don’t think it will be long before we see a woman break through this NFL barrier. I’d give her an honest tryout if I were, say, the Bears. https://t.co/pyIlIY6Jxv

Brandt’s suggestion isn’t a bad idea, considering the Bears displayed terrible kicking in the playoffs last year against Philadelphia. Eddy Pineiro is set to be the team’s kicker for the 2019 season.

Lloyd, a two-time Olympic gold medallist and FIFA Player of the Year, scored three goals in this year’s World Cup. She hinted at possibly retiring after defeating the Netherlands in the final of the tournament in France, so perhaps a future in the NFL could be in store for her.

The midfielder also isn’t the only Eagles fan on the USWNT. Julie Ertz is married to Eagles tight end Zach Ertz.