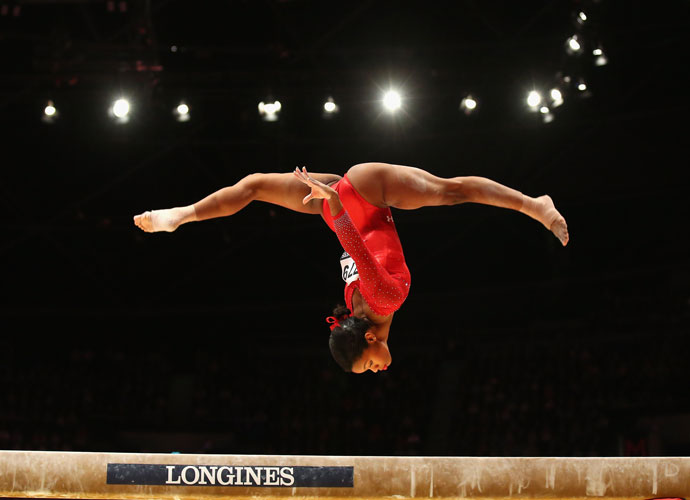 GLASGOW, SCOTLAND - OCTOBER 29: Gabrielle Douglas of USA competes on the Beam during the All-Around Final on day seven of the 2015 World Artistic Gymnastics Championships at The SSE Hydro on October 29, 2015 in Glasgow, Scotland. (Photo by Alex Livesey/Getty Images)

Sexual abuse allegations against members of the USA Gymnastics coaching staff, spanning decades, were not reported to authorities, according an investigative report from the Indianapolis Star.

USA Gymnastics, which oversees the Olympic team and boasts more than 120,000 gymnasts at over 3,000 gyms across the country, employed a policy of dismissing  accusations that were not reported directly from the alleged victim or the victim’s parents, shrugging all other allegations off as hearsay, according to the report.

The Star’s report discovered multiple instances where children were subject to further abuse as a result of this policy, including a case in Georgia where a coach “preyed on young female athletes for seven years after USA Gymnastics dismissed the first of four warnings about him.”

Nearly all 50 states have laws that require sexual or child abuse allegations must be reported to the property authorities, but each state’s statute varies.

In the Georgia case, USA Gymnastics broke the state’s law requiring professionals to report allegations of abuse, according to article 19-7-5 of the Georgia State Statutes.

Two former executives for USA Gymnastics testified to the prevalent use of the “hearsay” policy in a 2013 lawsuit levied by a coach’s victim.

The suit, filed in Georgia by the daughter of Lisa Ganser, involved a coach named William McCabe, whom Ganser’s daughter had begun to work with in 2002.

In court documents obtained by the Star, USA Gymnastics characterized complaints against McCabe from two different gym owners as “third-hand hearsay,” stating that the organization had not received a complaint from any athlete, or athlete’s parent.

More than a year after her daughter began training with McCabe, Ganser received an anonymous packet that included multiple complaints that were sent to USA Gymnastics.

When Ganser contacted the organization she was told that there was never a complaint against McCabe.

In 2006, Ganser discovered some inappropriate emails being sent to her daughter by an individual claiming to be an Olympian and reported them to the FBI.

FBI investigators learned that it was McCabe sending the emails, according to the Indianapolis newspaper.

The same year, McCabe was convicted “sexual exploitation of children,” including girls as young as fifth grade. He is currently serving a 30-year sentence in prison.

USA Gymnastics was unwilling to disclose the total number of sexual abuse allegations, but the report revealed the organization filed complaint dossiers on more than 50 coaches.

Even without access to those files, the Star found four instances where complaints of abuse were brought to USA Gymnastics and were not pursued until later.

Marvin Sharp was named the 2010 National Women’s Coach of the Year by USA Gymnastics. In 2011, the organization received a detailed complaint about Sharp, that alleged he engaged in inappropriate touching of minors.

Four years later, USA Gymnastics reported Sharp to police after new allegations surfaced that accused the coach of “touching a gymnast’s vagina,  trimming her pubic hair and taking sexually explicit pictures of her beginning when she was 12 years old,” according to the Star.

Shortly after his conviction, Sharp committed suicide in prison.

USA Gymnastics released a statement Thursday in response to the Star’s report:

“Addressing issues of sexual misconduct has been important to USA Gymnastics for many years, and the organization is committed to promoting a safe environment for its athletes,” the statement said, in part. “We find it appalling that anyone would exploit a young athlete or child in this manner, and recognize the effect this behavior can have on a person’s life. USA Gymnastics has been proactive in helping to educate the gymnastics community over the years, and will continue to take every punitive action available within our jurisdiction, and cooperate fully with law enforcement.”