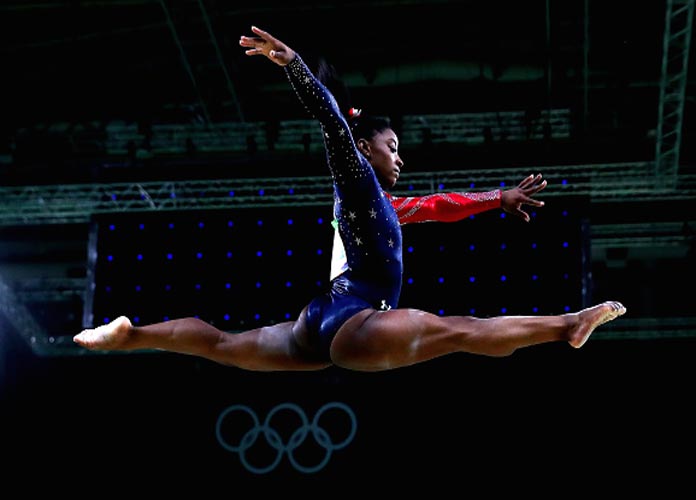 RIO DE JANEIRO, BRAZIL - AUGUST 07: Simone Biles of the United States competes on the balance beam during Women's qualification for Artistic Gymnastics on Day 2 of the Rio 2016 Olympic Games at the Rio Olympic Arena on August 7, 2016 in Rio de Janeiro, Brazil (Photo by Tom Pennington/Getty Images)

Simone Biles – the controversial but talented U.S. gymnast who stepped away from participating in the Olympics due to her mental health – came back to win bronze on the balance beam in Tokyo.

Guan Chenchen of China took gold in the event. Tang Xijing, who also hails from China, snagged the silver medal.

“I was just going out there doing this for me … To have one more opportunity to be at the Olympics meant the world to me,” Biles said of returning to performing at the Olympics.

Biles will now be going home with two medals, adding on to the silver she won in the team final (even though she did not participate in this event).

“Things were not connecting, and I don’t know what went wrong. People say it’s like stress-related, but I, honestly, I could not tell you because I felt fine. I think I’m still trying to process this a little bit,” Biles discussed regarding her issues with mental health during the Olympics.

After constantly meeting with sports psychologists and other professionals, Biles finally returned to the balance beam. Her routine was not as impressive as her qualifying one, which is likely why she only took home bronze instead of silver or gold. Her score of 14.0 was well below what Biles had earned in previous competitions.

“At the end of the day, we’re not just entertainment, we’re humans,” Biles said of her experience in Tokyo.