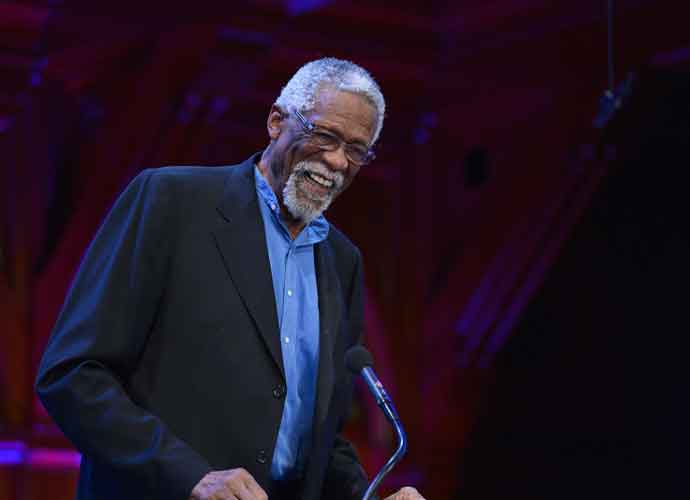 Eleven-time NBA champion Bill Russell died Sunday at age 88. After 14 seasons as a player for the Boston Celtics, Russell was inducted into the Naismith Memorial Basketball Hall of Fame in 1975. In 2021, he was inducted again, becoming just the fifth individual to enter the Hall of Fame as both a player and coach. He is widely recognized as one of the most influential figures in NBA history.

Born in Monroe, Louisiana, in 1934, Russell grew up in an era of strict segregation in the Deep South, where his family was a frequent target of racial persecution. When he was eight, the family moved to Oakland, California, in search of a new home. As his father, Charles Russell, bounced between multiple jobs, including a truck driver during World War II, Bill spent the majority of his childhood in different housing projects. His mother, Katie Russell, died when he was 12, which had a massive impact on the family. Before she died, she made her husband promise to send her sons to college.

For a young boy that would go on to become an NBA legend, one might suspect that basketball always came easily for Russell. But though he had raw athletic ability and increasingly formidable size, the game didn’t come easily to him and he was cut from his junior high school team. He was nearly cut from the team in his first year at McClymonds High School in Oakland as well but gradually began to learn how to use his physical attributes to his advantage.

Without any initial interest from colleges in his senior year, Russell eagerly accepted when the University of San Francisco finally offered him a scholarship. Recruiters at the school noted his subpar skills on offense but took him on the basis of his instincts and potential.

Though his offensive prowess never improved in his college career, Russell firmly established himself as the most dominant defender in college basketball at that time. Because of his devastating shot-blocking ability and tendency to smother opponents down low, the NCAA had to rewrite the rules to widen the lane and ban basket interference. Nothing could stop Russell, however, as San Francisco went on to win back-to-back NCAA championships in 1955 and 1956. In 2006, Russell became one of the founding inductees into the National Collegiate Basketball Hall of Fame.

In 13 seasons in Boston from 1956 to 1969, Russell and the Celtics won the NBA Championship 11 times, including eight straight between 1959 and 1966. It remains the most dominant stretch by any franchise in the history of the sport, and Russell was the team’s defensive star throughout, earning All-Star honors in every season following his rookie year. In 1966, he also began his tenure as the team’s coach, and Boston won titles in 1968 and 1969. In doing so, he also became the first black coach in NBA history.

In the midst of his playing days, Russell never hesitated to use his voice in support of social issues. In 1963, he marched in Washington D.C. for civil rights and later became a staunch defender of boxer Muhammad Ali during his stand against serving in Vietnam.

After a short stint as a commentator for ABC, Russell accepted a position as the head coach of the Seattle SuperSonics, leading the team to the playoffs for the first time in franchise history in 1973. He left the team in 1977 with a 162-166 record. A single season coaching for the Sacramento Kings in 1987 proved unsuccessful when the team compiled a 24-58 record.

Over the years, Russell has consistently been named one of the greatest players in NBA history, alongside players like Michael Jordan, Wilt Chamberlain, Lebron James and Kobe Bryant. Due to his work in the civil rights movement over the span of six decades, Russell has also been recognized as a staunch defender of human rights. At the 2019 ESPYs, Bryant delivered a touching address when Russell received the Arthur Ashe Courage Award, which honors figures in sports advocating for others in need.

Following his death, countless sports figures came forward to honor Russell, including fellow Hall-of-Famer Kareem Abdul-Jabbar. In a message on Twitter, Abdul-Jabbar, who considered Russell a friend and mentor, remembered him as “the quintessential big man, not because of his height but because of the size of his heart.”

My thoughts about Bill Russell passing away…. I am working on an deeper thought provoking article tonight as I process what just happened. pic.twitter.com/M69pXNkaC0

As Abdul-Jabbar noted, Russell earned a reputation for insatiable passion in everything he did. His efforts on the basketball court were no less determined than his battles in real life, and in gaining a platform as an all-time athlete, he also gained the opportunity to use that platform for good, to rectify some of the wrongs done to him, his family and entire communities in the United States over the years. If anything, that can be considered Russell’s lasting legacy, both on and off the court. He made the most of his opportunities and the world is better for it.