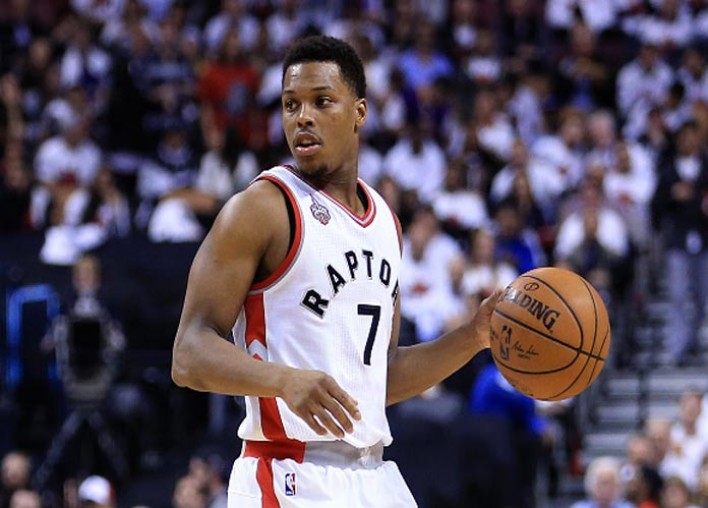 Although the Toronto Raptors entered this season as a team poised to make noise, very few, if any, foresaw the team taking down the goliath Golden State Warriors squad this summer. After the finals upset which brought an end to the Golden State dynasty, things turned only crazier for the NBA world, as weeks later an NBA free agency period sweep up stars like a tornado, tossing them around and eventually plopping them down in new cities. With the league now balanced evenly for perhaps the first time this century, numerous candidates arise as potential spots to house the Larry O’Brien trophy next summer. With that said, here’s how I see the NBA unfolding next year.

Although championships indeed require a team effort, I see the Raptors slipping quickly after Kawhi Leonard‘s departure due to not only his on–the–court capabilities, but off the court as well. Losing the franchise’s most talented player ever, a player who also brought Toronto its first title, will only contribute to an inevitable championship hangover for the North. Kyle Lowry and Pascal Siakam possess enough talent to push Toronto into the playoffs, but no further. Instead, I see Milwaukee emerging as the league’s eastern conference representative. Last year served as a necessary and opportune time for Giannis Antetokounmpo to learn from his mistakes during the playoffs and adjust his play style. I expect to see the greek freak play to an even higher level next year and reach the finals, despite my prediction for the Sixers to earn a better regular season record. With Jimmy Butler and J.J. Reddick leaving Philly, I believe the team unfortunately lacks the necessary shooting and clutch play to advance deep into the playoffs.

Make no mistake, when addressing these potential standings, I see the Lakers and Clippers the two teams clashing in the conference finals when crossing over into the west. However, I believe LeBron James and Anthony Davis require a bit more time than most might expect to merge their games together effectively. Meanwhile, their Staples Center roommates will post the league’s best record, as I see this team as perhaps the greatest defensive squad ever assembled with players such as Leonard, Paul George, and Patrick Beverly who all flaunt game–changing defensive skills. In Utah, Donavan Mitchell will grow alongside newly acquired veteran guard Mike Conley into a superstar, forming a tough team with Rudy Gobert locking down the paint. The Dallas Mavericks might appear as a shocking team to squeak into the playoffs while surrounded by a tough western conference crowd, but I see few other players with a ceiling higher than Kristaps Porzingis. I believe Porzingis continues to push towards that ceiling this year and alongside Luka Doncic, the pair poises to attain some always appreciated playoff experience education to help mold their promising NBA careers.