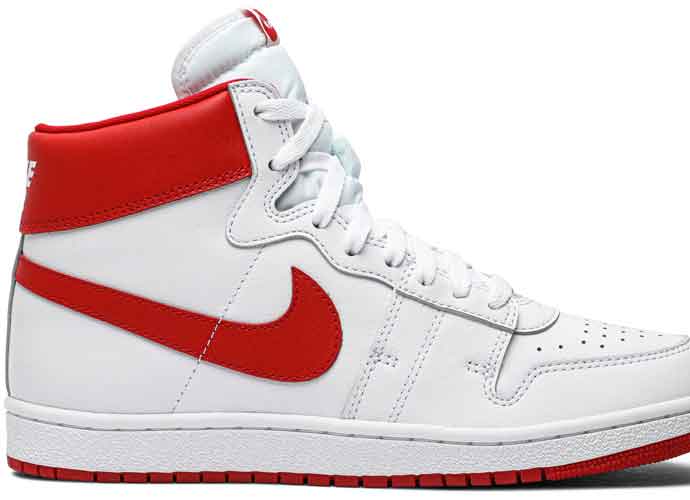 A huge release of new shoes has just dropped! The Nike Air Ship is a part of the Jordan Brand release New Beginnings that features numerous Jordan retros in Chicago colorways.

The Nike Air Ship is Jumpman’s most-hyped release to date. This sneaker was the first pair of Nikes the basketball legend Micheal Jordan wore when he first signed to the brand in his rookie season of 1984. The Nike Air Ship has never been retroed before. The shoe will be paired with Jordan’s first shoe Air Jordan 1 Hi ’85 in a white and red colorway to represent the symbolic Bulls colors and a duel pack box. The year the shoe was originally released will be on the top of the box.

There will be a twist with the release of the duel pack. Shoes normally can be bought on Nike.com or the SNKRS app. However, the shoe combo will only be able to be bought in person in Chicago. The shoes will be sold for $350 for the bundle, yet the shoe’s aftermarket price will skyrocket once they hit the resale market.

@nikestore @Jumpman23 So are you guys releasing these online on the 15th or what? Since everywhere is the 12th pic.twitter.com/hKvLhgFQPI

Back in 1985, Jordan was told that the shoe he was wearing did not meet a uniform policy that was set in place by the NBA because they did not support the team’s colors. The shoes were then banned from the NBA. This situation is still a mystery, however, most people think the shoe that was banned in 1985 was the Air Jordan 1 Hi ’85.  Yet, others say that the actual shoe that was banned was the Nike Air Ship. Due to their similar look in all of the color schemes, it would have been easy to mistake one for the other.