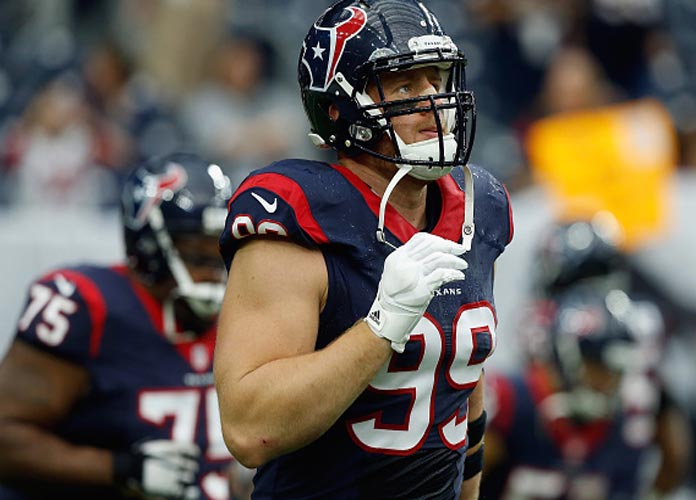 HOUSTON, TX - JANUARY 09: J.J. Watt #99 of the Houston Texans warms up before playing against the Kansas City Chiefs during the AFC Wild Card Playoff game at NRG Stadium on January 9, 2016 in Houston, Texas. (Photo: Getty)

The NFL Players Association has voted to send the CBA brought forth by NFL owners to a full vote by the players. With around 2,000 NFL players, a simple majority is needed to pass this deal.

The deal is set to make some big changes in the league. The proposal includes a provision that would expand the regular season to 17 games. With this players would receive 48% of the revenue, which eventually is set to climb to 48.5%.

In addition, the deal would expand the playoff setup to 14 teams, with only the top seed in each conference getting a first-round bye. Rosters would expand by two players from 53 to 55, also allowing 48 players to dress as opposed to the current 46.

Rookies’ salaries are set to increase by $100,000 and the league is looking to relax its stance on penalties regarding marijuana and put disciplines for off-field incidents into a neutral arbitrators’ hands.

If the deal is passed, it could take effect March 18, the start of the new league year. Some teams’ plans would be altered if the new league deal takes away their ability to use both the franchise and transition tags this year.

Players have taken to social media to express their disappointment in the deal. With a majority needed, it seems as though some of the league’s most popular players may have a say in how the outcome of this plays out.