The XFL, a pro football league that was first launched more than 17 years ago, is finally returning with eight brand-new teams.

Your XFL team names and logos.

“XFL football will focus on four core areas of refresh,” the league wrote on its website. “We plan to minimize idle time and speed up game time. We will increase on-field action. We are going to create in-game rhythm and flow. And we are going to use tech and insight to improve player safety, wherever possible.”

The XFL was initially founded in 2001 but only lasted one season. The World Wrestling Federation and NBC had designed it as a joint venture.

“The XFL is about football and fun, and our team identities are intended to signify just that,” XFL President and COO Jeffrey Pollack said in a statement. “Now it’s up to our fans and players to help write the story. What happens on the field and in the community, in the years ahead, will determine the true spirit of each team.”

In February, another pro football league named the Alliance of American Football launched. However, it filed for bankruptcy just two months later.

The league said on its website that it views itself as a “complement” to the NFL and to college football leagues rather than as a “competitor.” Vince McMahon, the chairman and CEO of WWE, is the founder and chairman of the XFL and personally funded the league through his private entity, Alpha Entertainment LLC.

The new XFL season will begin in February 2020. 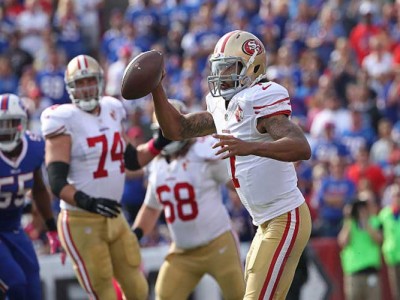 Colin Kaepernick Salary Demands Were Too High For XFL