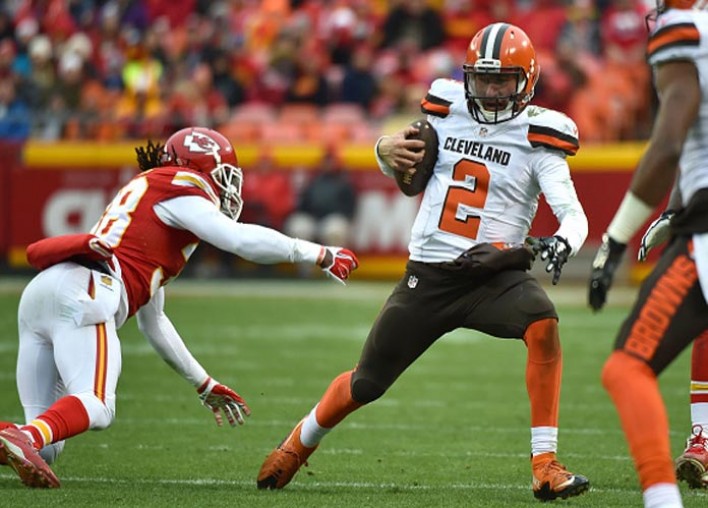 It appears that Johnny Manziel’s football career might not be over yet.

While at the Tristar collectors show in Houston on Saturday, Manziel told reporters that he is interested in a potential opportunity to play for coach June Jones and the upcoming Houston XFL team. “It’s a stone’s throw from College Station,” Manziel said. “A lot of Aggies drove from Houston to College Station. Houston’s a great city that’ll always be near and dear to me.”

Since being released by the Cleveland Browns following the 2015 NFL season, the former first-round pick out of Texas A&M has struggled to find a job in professional football. In 2018, after more than two years away from playing professional football, Manziel signed with the Hamilton Tiger-Cats of the Canadian Football League. Manziel never ended up playing a single game for the Tiger-Cats and was traded to the Montreal Alouettes for who appeared in eight contests for before his contract became terminated.

There is some debate whether or not Manziel will be able to even play in the XFL, much less for Houston. The XFL has a policy that excludes players with criminal records from playing in its league. Manziel faced a domestic violence charge after being accused of hitting and threatening his now ex-girlfriend, although the charges were eventually dropped in November 2017.

“I think I’m in a good place personally. I think I’ve been doing the right things,” Manziel told Fox 26. “When the opportunity presents itself moving forward, we’ll see how things go.”

"Yeah I have interest in continuing my football career in whatever capacity that is" Today at Tristar I asked Johnny Manziel (@JManziel2) if he would be interested in playing in the XFL. pic.twitter.com/g01Te1GDgk

It will be interesting to see whether or not Manziel suits up for the XFL come February 2020. Coach Jones, the upcoming coach for Houston, believes that Johnny Manziel’s name will end up being in the eligible quarterback draft pool come the XFL Draft. XFL Commissioner, Oliver Luck, has not ruled out the possibility of Manziel potentially playing in the XFL either. 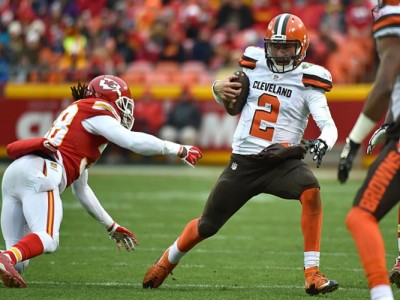