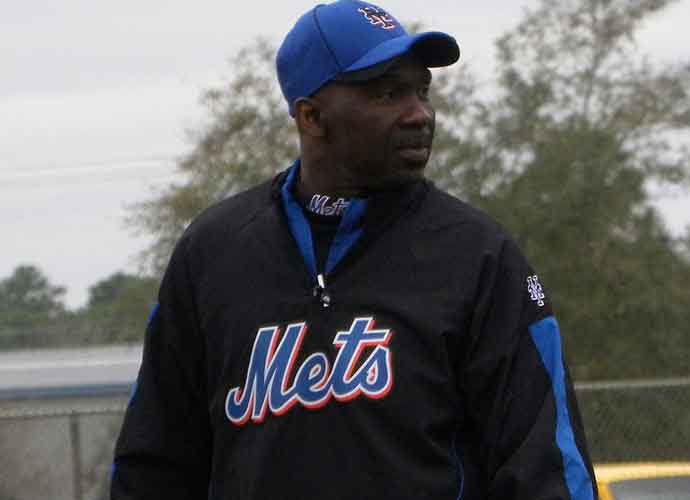 On September 13, ESPN premiered the highly anticipated four-part 30 for 30 documentary about the iconic 1986 New York Mets. Directed by Nick Davis and executive produced by Jimmy Kimmel, Once Upon a Time in Queens takes Mets fans on a thrilling trip down memory lane, interweaving the key developments that set the foundation for the team’s eventual 1986 World Series title with the socio-economic and cultural transformations simultaneously occurring in New York.

Once Upon a Time in Queens shows incredible archival footage of the ’86 season, particularly a never-before-seen shot of Mookie Wilson that tracks the outfielder from the batter’s box to the clubhouse after hitting the famous Game 6 groundball. It also includes entertaining unfiltered interviews featuring the Miracle Mets’ most colorful personalities. Keith Hernandez recounting tales of Gary Carter‘s bravado, all the while petting his cat Hadji, and Lenny Dykstra giving his take on anything are well worth the watch.

Lenny Dykstra explains his game-winning HR vs. the Astros in the 1986 NLCS. pic.twitter.com/faDTPP5eVo

However, the film doesn’t shy away from capturing the more troubling themes that partly contributed to the Mets’ decline, such as players’ drug usage and the unfettered pursuit of hedonism.

I was fortunate enough to get to speak with Mookie Wilson and get his opinion on the documentary. When asked about how this project differs from other ones made about the ’86 Mets, Wilson said, “It is different because there’ve been like millions of articles and books about that team, but it was from a literal perspective. This was actually visual, and I think people get a better understanding of the characters and what made that team special … We don’t have to interpret what the words mean, the context and the atmosphere in which the words were written … It was much more interesting because that’s the first time I’ve ever seen it like that, and the guys themselves actually talk about the situations.”

Given that Wilson played for the Mets from 1980 until 1989, there weren’t any details presented in Once Upon a Time in Queens that surprised him. However, he acknowledged that the accounts of some of the players’ paternal issues, namely regarding Hernandez and Strawberry, were insightful.

As to what fans and young players should take away from the documentary, Wilson reasoned, “I feel simply, if you don’t pay attention to your history, it’s destined to repeat itself. Hopefully, young players, and fans as well, will not make the same mistakes. I think anyone will tell you that the biggest question is — as great as that team was — why didn’t we win more? Why didn’t we win another World Series? And basically, we kind of self-destructed…. “Don’t let success be the main obstacles, you can be a victim of your own success and I think that’s what the Mets were.”

Wilson explained that the film also provides a lesson in team management, a nod to then-general manager Frank Cashen’s decision to release Kevin Mitchell amid his purported negative influence on Strawberry and Gooden.

“Where the club did get kind of sidetracked with a lot of different things was that management overreacted. ‘We may not be able to fix this so let’s just get rid of em.’ Which was the wrong thing instead of trying to work within internally. So there’s a lesson there for everybody, players, management.”

“I think everyone had the same impression that I had about Mitchell and how he was actually misunderstood by management,” he said. “That’s something I already knew but to see the other players felt the same way, that was good because we never really talked about it.”

Once Upon a Time in Queens can be streamed on ESPN+ and the ESPN app.