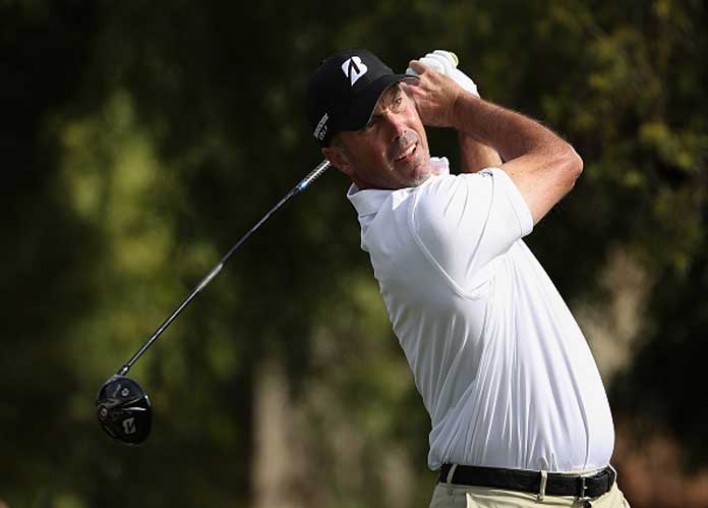 SCOTTSDALE, AZ - FEBRUARY 02: Matt Kuchar plays a tee shot on the fifth hole during the first round of the Waste Management Phoenix Open at TPC Scottsdale on February 2, 2017 in Scottsdale, Arizona. (Photo by Christian Petersen/Getty Images)

What’s a great quarterback without his offensive line blocking for him, a great scorer in basketball without the point guard to set them up? And what’s a golfer without his caddie?

Matt Kuchar had won the Mayakoba Classic back in November and received a $1.296 million check. However, he only payed caddie David Giral Ortiz $5,000 out of his pot.

The amount has been criticized by the media and golf fans as being too small: caddie deals on the PGA Tour tend to vary, but there is usually an extra amount thrown in for top-10 finishes and typically a 10 percent bonus for a win. This throw-in or cash bonus is not mandatory but it’s expected, which is what caused the controversy to begin with.

With the ten percent bonus, Ortiz could have received over $100,000 in revenue.

“I feel like I was taken advantage of,” said Ortiz.

Kuchar responded by saying: “It’s done. Listen, I feel like I was fair and good.”

Kuchar later confirmed to GolfChannel.com that he and Ortiz had originally agreed to a $3,000 fee for the week with a bonus amount that could up that total to $4,000. After the win, Kuchar confirmed he paid Ortiz $5,000 and also offered him an additional $15,000, which the caddie turned down.