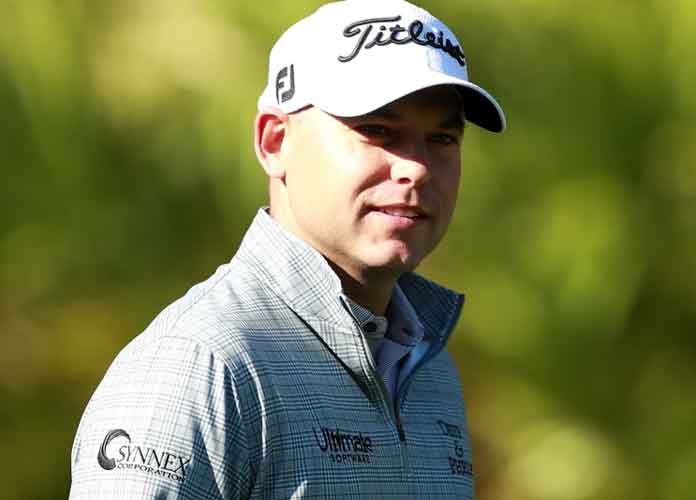 Pro golfer Bill Haas was injured following a car crash that occurred Tuesday night in Pacific Palisades, California that left one other person hurt and one dead.

Haas, 35, was briefly hospitalized but has now been released. The Greenville, South Carolina resident was in the Los Angeles area because he was set to compete in the Genesis Open, which begins Thursday at Riviera Country Club. Haas will no longer compete in the PGA Tour event and has returned home, according to a statement from the PGA and Allen Hobbs, his manager.

“Last night in Pacific Palisades, Calif., Bill Haas was involved in a serious car accident in which the driver — a member of the family with whom Haas and his family were staying for the Genesis Open — was killed. While Bill escaped serious injuries and has been released from the hospital, he is understandably shaken up and — more importantly — his deepest condolences go out to the host family during this tragic and difficult time,” the statement said.

“Bill will withdraw from the Genesis Open and plans to head home to Greenville to recover. He appreciates the support of friends, family and the golf world as a whole and he has asked for privacy as he processes what happened.”

The driver of the Ferrari carrying Haas was killed in the accident, and a 50-year-old woman was also injured and transported to a local hospital in serious condition, according to the fire department. The crash also involved actor Luke Wilson. The Ferrari clipped a Toyota SUV driven by Wilson before colliding with a BMW, said L.A. Police Detective Jeff Fischer.

“If you look at the scene, you see scrub marks,” Fischer told a local television station. “I believe there was a little bit of speed to it.”

An @KTLA report saying Bill Haas was a passenger in this car accident that killed the driver. Actor Luke Wilson also may have been in an SUV that was involved as well. pic.twitter.com/zEBNKsuHzk

Wilson reportedly escaped the crash uninjured. Haas’ father said his son has no broken bones, although he has experienced pain and swelling in his leg.

The Golf Channel reported that the deceased driver, Mark Gibello, was a friend of Billy Harmon, Haas’ swing coach, and was “instrumental” in bringing the Walker Cup and U.S. Open to Los Angeles. Gibello was hosting Haas and his family ahead of the Genesis Open.