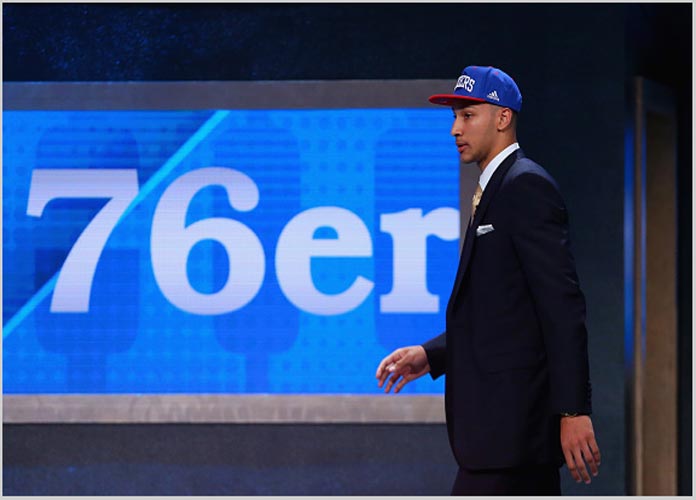 NEW YORK, NY - JUNE 23: Ben Simmons walks on stage after being drafted first overall by the Philadelphia 76ers in the first round of the 2016 NBA Draft at the Barclays Center on June 23, 2016 in the Brooklyn borough of New York City.

Both Simmons and 76ers are currently working through contract details. An eventual agreement is expected to occur, ESPN reports. 76ers general manager Elton Brand and Simmons’ agent, Rich Paul of Klutch Sports, have until mid-October to finalize the extension.

Simmons, 22, averaged 16.9 points, 8.8 rebounds, and 7.7 assists per game for the 76ers last season. Being a 6’10” point guard, Simmons has a unique skill set that few other players in the NBA have. Simmons is a uniquely gifted scorer in the paint, especially around the rim. Simmons is also a spectacular ball handler and passer, much like Magic Johnson was.

The other two players in this elite club are:
Oscar Roberston and LeBron James. 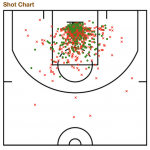 Regardless, Brand has determined that the 76ers core going forward will revolve around Simmons and Joel Embiid.