Joe Mixon Faces The Media For The First Time Since Punching A Woman Last July - uSports.org 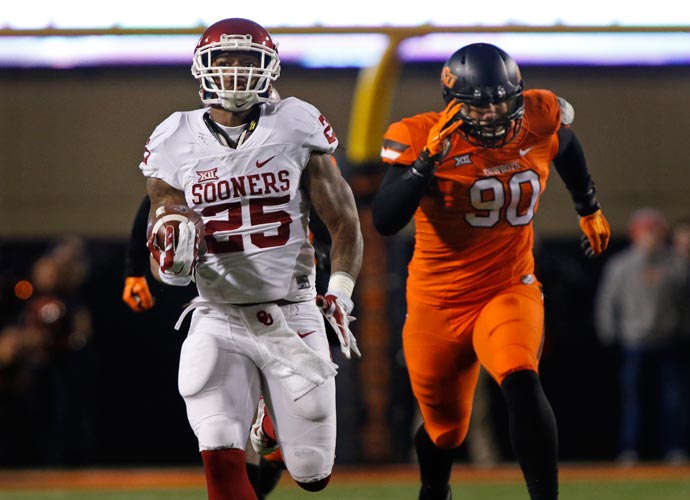 For the first time during his Oklahoma Sooners career, Joe Mixon faced the media. And, despite the reporters’ best efforts, he wouldn’t comment on the punch that cost him an entire year of football.

Last July, Mixon punched a woman in a sandwich shop before the start of training camp. School president David Boren, athletic director Joe Castiglione and coach Bob Stoops all viewed a video of the incident and decided to suspend Mixon for the entire season.

But even when he returned to action this year, he was not made available to the media until Tuesday. That was because College Football Playoff rules state that every player on a team’s roster must be made available for interviews.

“All I’ve got to say is, I’m here to answer all football questions,” Mixon said. “Nothing else about any situation other than football.” He still faced plenty of questions about the incident, though.

Mixon filed Alford plea to a misdemeanor assault charge. He agreed to perform 100 hours of community service and receive counseling; the running back was also given a one-year deferred sentence.

The notable quotes of Mixon’s availability are below, as reported by ESPN’s Jake Trotter: