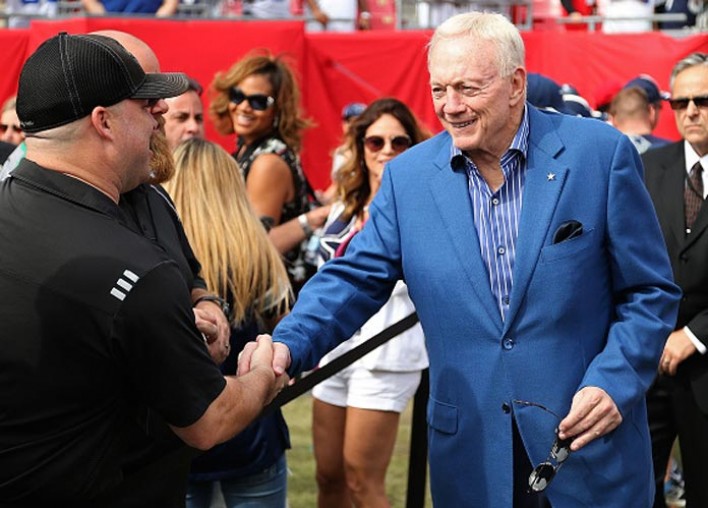 Jerry Jones is set to pay back the NFL more than $2 million.

Jones attended a meeting in front of Goodell and the league’s finance committee Monday in West Palm Beach, Florida.

Goodell and Jones have been embroiled in a heated feud in recent weeks over both cases. Jones criticized the commissioner’s decision to suspend second-year running back Elliott for six games over a 2016 domestic violence incident. The Cowboys owner said this was simply Goodell “overcorrecting” for past errors related to the NFL’s handling of previous cases similar to Elliott’s. Jones was also opposed to letting Goodell receive a contract extension and even reportedly hired a high-profile lawyer and threatened to sue Goodell.