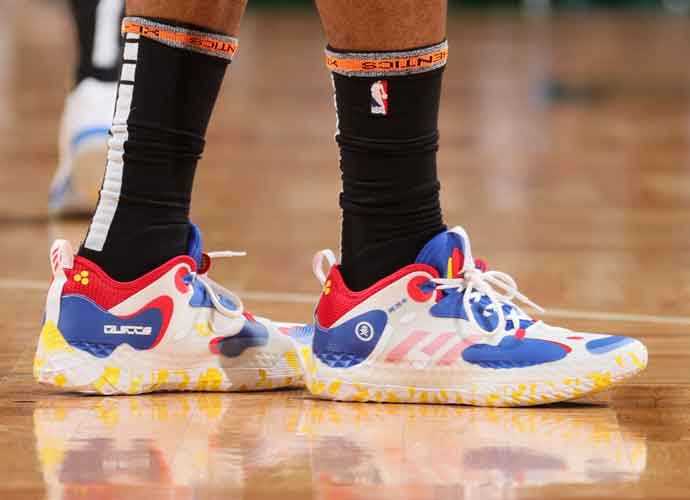 In the first round of the NBA playoffs, perennial superstar James Harden rocked his signature Volume 5 sneaker – but the design detailed on the shoes was a unique ode to both the Philippines and Filipino basketball fans.

The sneakers were designed by Juanito Maiquez, a Filipino toy designer who was tabbed to create the design for this version of the Volume 5 shoe. Specifically, the sneaker itself bore the colors of the Phillippines’ flag (blue, red, yellow and white), alongside patterns and elements indicative of Filipino culture. Maiquez was pleasantly surprised to discover Harden debuting his version of the shoe during his game against the Celtics, sending out numerous photos via social media of the superstar wearing the sneakers:

The shoe has been in production for well over a year, with the design process alone taking well over a month and a half. Notable changes to the shoe design worked out during this process include adding the Philippines’ country code for calls, as well as the date for when Harden last visited the nation. In order to better reward Maiquez and publicly display the exceptional creativity of Filipino artists, Maiquez’s name was also weaved into the shoe’s design.

While Harden is one of the only people currently able to lace up this version of his Volume 5 shoes, the newest version of the Adidas kicks will be available for the public to purchase on June 12 – a final tribute to the Philippines, with the day being the nation’s Independence Day.