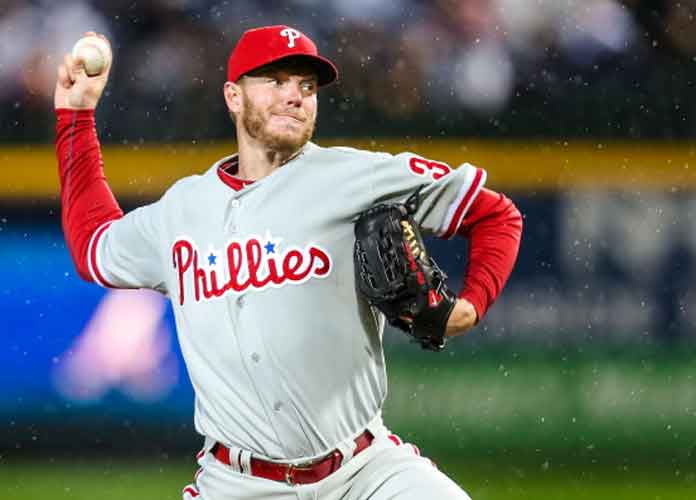 Former Philadelphia Phillies pitcher Roy Halladay died Tuesday after a plane he was in crashed into the Gulf of Mexico near Holiday, Florida. He was 40.

No other details were immediately available, including the total number of victims, injuries or cause of the crash.

Halladay was an avid fan of flying:

I have dreamed about owning a A5 since I retired! Real life is better then my dreams!! Thx Kirk & everyone @ICONAircraft pic.twitter.com/wkk6TtjAY4

He was one of only six pitchers to win the Cy Young Award in both leagues. On May 29, 2010, Halladay threw a perfect game to lead his team to a 1-0 victory against the Florida Marlins. In his first-ever playoff start later that season, Halladay tossed the second no-hitter in MLB postseason history against the Cincinatti Reds in Game 1 of the NLDS. In the latter game, Halladay struck out eight batters and walked one.

The right-handed ace — nicknamed “Doc” — also played for the Toronto Blue Jays for 12 seasons during his 16-year career. He made eight All-Star games.

People from all across the baseball world expressed their condolences for Halladay on social media after his passing:

Statement from the Blue Jays organization on the tragic passing of Roy Halladay: pic.twitter.com/Ih8D0RQE9p

Heart is broken to hear about Roy Halladay .great friend, teammate, father and husband. One of the best teammates ever! You will be missed !

Such a sad day. We lost a great ball player but an even better human being. Many prayers to Brandy, Ryan, & Brayden. We will miss you Roy.

Rest In Peace Doc Halladay. One of the best to ever do it. You will be missed.

We lost another member of the Phillies family way to soon! My prayers go out to Doc’s wife and kids and his entire family! RIP Doc!

Roy Halladay one of the greatest to put on a baseball uniform! My prayers are with his family so sad to see him go! You’re the man Doc

Devastating news about Roy Halladay…an unparalleled artist on the mound. I dropped everything to watch him work…Baseball’s heart hurts…😔 My deepest condolences to the Halladay family. #RIPDoc

Halladay is survived by his wife Brandy and his two children, Ryan and Braden.