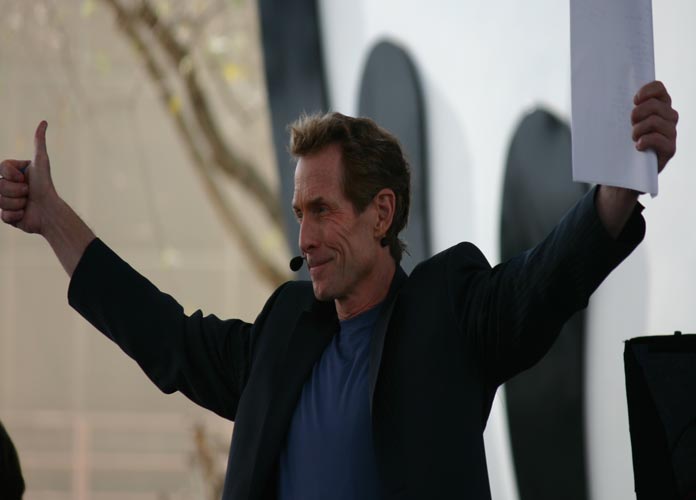 ESPN2’s “First Take” co-host Skip Bayless- much like his partner, Stephen A. Smith- is both loved and loathed, and has become known for making controversial statements and taking sides.

And now, he is parting ways with the network after 12 years for the only other one that seems to want and need him: Fox Sports 1, which is attempting to create its own debate-show culture, with Bayless, 64, at its forefront.

ESPN stated Bayless’ final appearance on “First Take” will be the day after the NBA finals wrap up, although he will officially leave the network once his contract expires at the end of August.

Bayless turned down ESPN’s offer last Friday and he is now speaking FS1 executives, particularly Jamie Horowitz, the former coordinating producer of “First Take,” who is the current president of Fox Sports national networks. He has worked with Bayless and, since going to Fox, coveted him.

Last year, Smith renewed his contract with ESPN to continue on “First Take” for over $3 million annually.

One of ESPN’s main concerns now is who to choose as Bayless’s replacement. What is certain is that whoever this person is will need to have strong chemistry with Smith, whose rambunctiousness occasionally gets him into trouble with his bosses. Smith was suspended following his comments on domestic violence during the 2014 scandal surrounding Baltimore Ravens quarterback Ray Rice.

Nevertheless, “First Take” has recently boasted strong ratings. The show attracted 412,000 viewers in the first three months of 2016, a record for the show during the first quarter. The show reached its peak average viewership in the fourth quarter last year with an average of  483,000 viewers.

By comparison, “Mike & Mike,” the two-man show starring Mike Greenberg and Mike Golic  that precedes “First Take,” only brought in 274,000 viewers in the first quarter this year, a viewership increase of 16 percent.

“I don’t mean to be flippant about replacing Skip easily,” said Norby Williamson, ESPN’s executive vice president for production. “But I feel very confident that we’ll continue to innovate the show and build on the success that the two of them had. It’s not like we haven’t faced things like this before. But we’ve been pretty adept at navigating successful change.”

ESPN will also need to find a replacement for Tirico, a likeable and versatile announcer who could have easily remained on the network for several more years.
<blockquoteclass=”twitter-tweet” data-lang=”en”>

SKIP BAYLESS IS LEAVING ESPN FOR FOX. HERE ARE SOME OF HIS GREATEST HITS pic.twitter.com/8VJbQnhJio