ESPN Analysts Reveal There Isn't A Market For DeMarcus Cousins After Trying To Win A Ring With Warriors - uSports.org 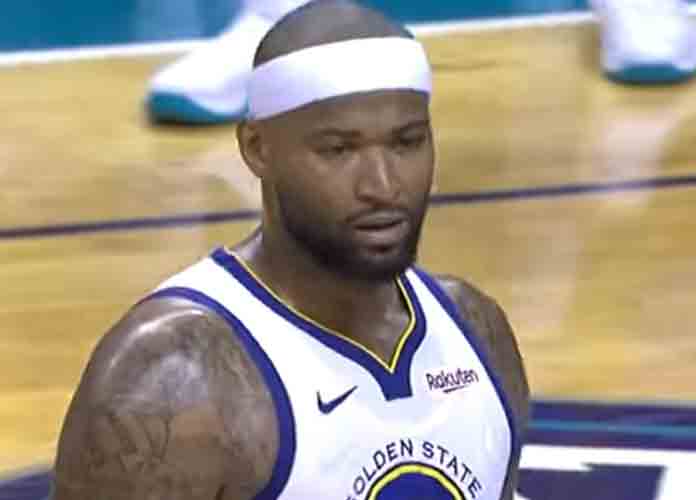 DeMarcus Cousins was once regarded as one of the best big-men in the league while he was with the Sacramento Kings. He moved on from the Kings and joined his college teammate Anthony Davis and the New Orleans Pelicans in 2017. He suffered an achilles injury and denied a massive contract to resign with the Pelicans to try to get an NBA Finals ring with the Golden State Warriors. He signed with the Warriors in the summer of 2018 for drastically less money, $5.3 million for one year. After him and the Warriors failed to win a title, and after suffering even more injuries with them, NBA analysts believe nobody wants him now.

“There’s not a market for [DeMarcus Cousins],” Adrian Wojnarowski said, according to an ESPN broadcast. “I think he hoped that some big market teams would strike out, they’d have cap space and he could get a one-year, $12M, $15M, $18M, $20 million deal. That’s not happening. The mid-level exception he got in Golden State last year? I don’t think that’s there.”

Is there a market for DeMarcus Cousins?
Here’s @wojespn pic.twitter.com/g1c3wD7H2q

The former All-Star center DeMarcus Cousins, in his search for a new home in free agency after spending last season with the Warriors, has changed representation … enlisting the influential agent Jeff Schwartz of Excel Sports

Cousins has recently changed agents in hopes of getting a new contract with a team. Organizations have shied away from the former all-star due to his injury history and reputation of being a poor teammate in the locker room. He played just 30 games for the Warriors last season, averaging 16.3 points a game with 8.4 rebounds.

Cousins may have to settle for a minimum contract if things continue to play out this way. His best option would be to sign a one-year contract and revitalize his reputation both on and off the court in order to earn the kind of money he used to be making.  According to Yahoo Sports, he is rumored to join his old college teammate again, Davis, who is now on the Los Angeles Lakers with LeBron James.

If there is one thing going for Cousins, he certainly won’t be out of the league come next season. He is in his prime years in the NBA (28-years-old) and has proven he can be dominate down low in flashes during the playoffs.