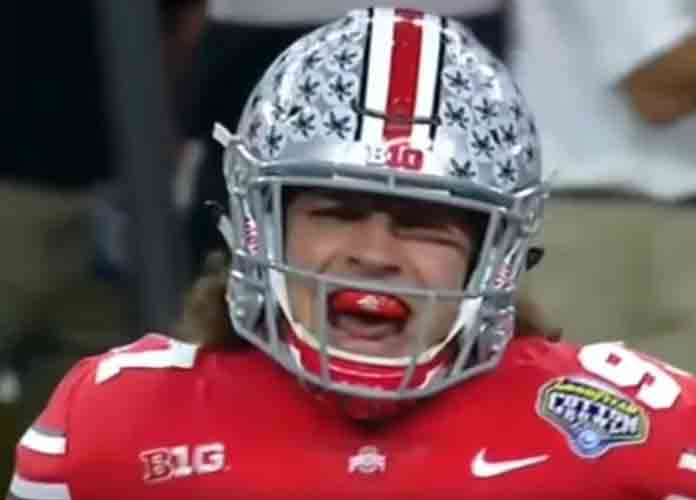 Though the 2019 NFL draft has been noted for its lack of quarterback depth, there’s been no shortage of defensive players. The draft is jam-packed with physical freaks. On the defensive line alone, Mississippi State’s Montez Sweat, Ohio State‘s Nick Bosa, and Alabama‘s Quinnen Williams are all available. Here’s the story behind their 40-yard dash times.

Sweat clocks in at 6-foot-5⅞, 260 pounds. In his last two seasons with the Bulldogs, he haunted offenses, getting 22 sacks and 29.5 tackles for loss. The reason became clear on Sunday at Lucas Oil Stadium. Sweat ran an official time of 4.41 in the 40-yard dash. That means he can top out at speeds faster than Odell Beckham Jr and Julio Jones, burn Antonio Brown, and match peak Adrian Peterson. Imagine having to stop that. If he can get 40-yards downfield that quickly, he can get to the quarterback even quicker.

“This is the defensive @dkmetcalf14.” @HailStateFB DE @_sweat9 was THAT good on Day 3.

Nick Bosa lined up in the shadow of his brother, Joey, a pro-bowl lineman for the Los Angeles Chargers. After a core muscle injury and then surgery, Bosa shut himself down after just three games to prepare for the combine. While a 4.79 40 time doesn’t jump off the spreadsheet, knowing that he bested Joey’s run by .09 seconds shows how skilled he is. If the Arizona Cardinals don’t snatch up the Ohio State product first overall, it’s hard to believe the San Francisco 49ers won’t call his name with the next pick.

Nick Bosa (@nbsmallerbear) returned to the football field to give scouts a look at the #NFLCombine! pic.twitter.com/j4mJk8CwfI

Quinnen Williams was the rare impact defensive tackle during his time at Alabama. He demolished one on one defenders and stormed through double teams throughout the season. Though Williams had only one year of production as a starter, his talent is obvious to anyone who’s seen him play. At 303 pounds, he ran a 4.83 40. That was good enough to be the second-fastest of any player over 300 pounds since 2006. The thing is, that was his second attempt. After running a 4.87 the first time, Williams’ agent advised him to call it quits. Instead, he bet on himself and came out a winner. Now, he finds himself projected to be a top 3 pick.

Full transparency: I told Quinnen not to run the second 40 because how great his first time was. He didn’t listen. Decided to bet on himself and BEAT his first time. My type of guy!