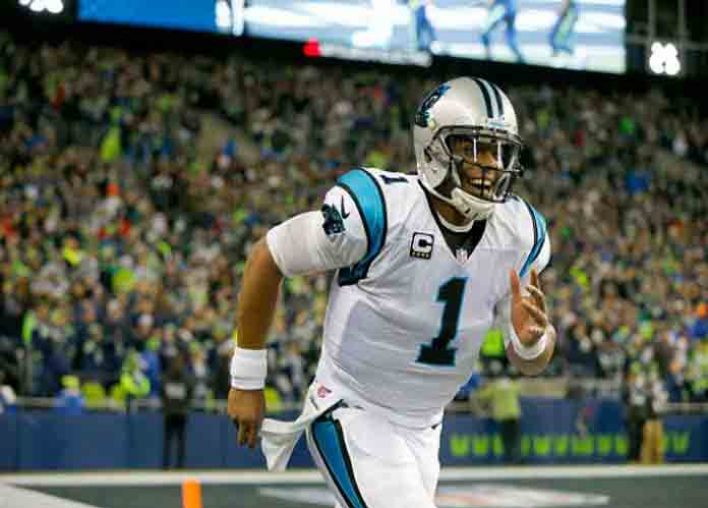 Carolina Panthers quarterback Cam Newton was on a 10-hour flight back from Paris this week when he wanted a change in seats. Oddly enough, he was flying coach, and the former Auburn QB asked a man if he could have his seat for $1,500, which the man declined.

So this happened… @CameronNewton offered a man $1500 cash for extra leg room on a 10hr flight and the man said “No??” #GiveFranceTheNFL pic.twitter.com/xQohV9Ngef

Andy Slater of The Hurricane 640 reported that Newton missed his direct flight into Charlotte, and the multi-million dollar athlete was flying in coach instead of business or first-class.

Newton, known for his excessive way of dressing during post-game press conferences, was in France for a fashion week in Paris.

The 6-foot-5 quarterback signed a $103 million contract in 2015 for five years, and lacked an excessive amount of leg room for his 10-hour flight back to his Panther state. Former Philadelphia Eagle DE Chris Long, now retired, decided to chip in on the social media fun surrounding Newton and the $1,500 offer. Long was riding Amtrak in a post, which they saw and commented back.

It looks like you might need extra leg room, we could upgrade you for a small fee of $1,500 JK 😄 @CameronNewton https://t.co/oX7W9Dm7ur

Waiting for Newton back home is Carolina’s star running back Christian McCaffery, along with former Tampa Bay Buccaneer defensive tackle Gerald McCoy, who recently signed a contract with the Panthers, providing much-needed skill in the trenches up front. He signed a one-year deal, not knowing what’s in store for him after this upcoming season.

“Carolina is very resilient, they’re known for being resilient. They have a history of it. Coach Rivera is a proven guy, and Cam’s a star,” said McCoy, according to Cleveland.com.

With the Panthers sure to improve off their lackluster 7-9 season last year, the NFC South is filled with challenging teams. The New Orleans Saints have a chip on their shoulder after losing in the NFC Championship against the Los Angeles Rams, and have no sign of slowing down while Drew Brees is still in a Saints uniform. While Matt Ryan and the Atlanta Falcons‘ offense remains one of the most threatening lineups with Julio Jones, Calvin Ridley and Mohamed Sanu as weapons in a thick Falcon arsenal.

The former Heisman Trophy winner is still seeking his first Super Bowl win. In 2015, Newton led his Panther team to a 15-1 season before losing in the Super Bowl against Tom Brady and the New England Patriots. Last season, Newton was battling multiple injuries and the team finished 16th in the league in passing yards. With an improved and developed team this time around, Newton will be looking to bring back that 2015 form.