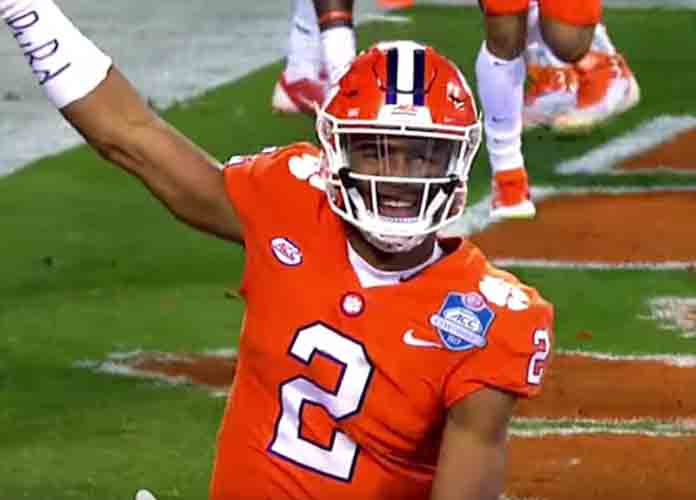 The senior signal-caller announced his decision to transfer to the Missouri Tigers Tuesday night via Twitter, posting a video of game highlights and workouts, along with him reading the poem The Test of a Man about overcoming adversity, with the hashtag #ShowMe.

Bryant was 16-2 as a starter for Clemson, including leading the Tigers to the College Football Playoff in 2017.

Bryant started in four games this season, completing 67 percent of his throws with two passing touchdowns and two more rushing.

Bryant’s decision was enabled by a new rule that allows a player to participate in any four games of a season without penalty, effectively making 2018 his redshirt year and extending his eligibility through 2019.

The arrival of highly-regarded freshman Trevor Lawrence last spring created a QB battle for the Tigers.

Clemson head coach Dabo Swinney said from the outset of the season that Bryant would be fighting to retain his job.

Bryant saw his reps decline in his Week 2 win over Texas A&M. After a Week 4 win over Georgia Tech in which Lawrence was particularly sharp, Swinney announced a change.

“Kelly took us to the Sugar Bowl and to the Playoff and 12 wins,” Swinney said about the QB battle. “But when we came in the spring, and Trevor was here in January, you have to earn it every year. So we had a quarterback competition. And I was very upfront with that in the spring. They competed for all the way. And Kelly came out of camp ahead, but it was close enough to where we said, look, we’re going to play them right out of the gate. We’re going to play both guys, and we’re going to see if it settles on the field.”

Things escalated quickly after that as Bryant skipped practice the following Monday, but told Swinney he’d be back that Tuesday. Instead, he announced that Wednesday that he would transfer, suggesting that he hadn’t been treated fairly by the Clemson staff.

After announcing his intent to transfer, Bryant visited a number of schools, including North Carolina, Arkansas, Mississippi State, and Auburn before ultimately settling on Missouri.

The Tigers will lose top receiver Emanuel Hall, but will have a significant chunk of their offense returning next year. Three starting linemen will return, as well as the Tigers’ top three running backs and two of their primary receivers. Tight end Albert Okwuegbunam could declare for the NFL Draft but will be an attractive receiving target if he returns to Missouri.

Bryant will have a chance to step in immediately for the Tigers, who will say goodbye to four-year starter Drew Lock.