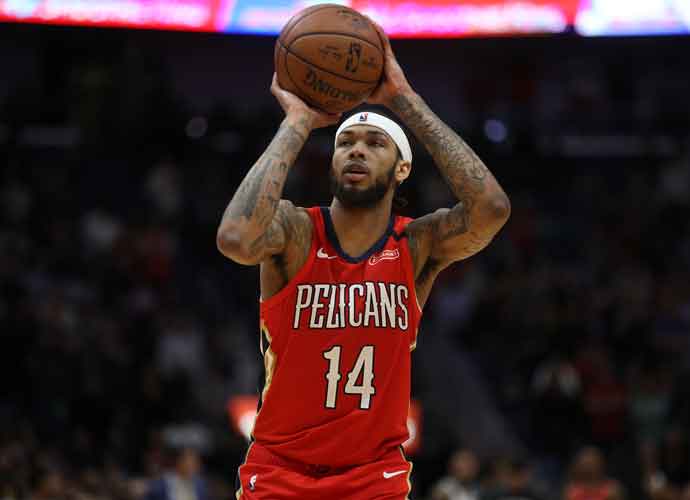 The Pelicans trade with the Lakers this past offseason is starting to pay dividends from the stellar play of Brandon Ingram. In a quest to regain dominance among a stacked Western Conference, the Lakers made a big splash acquiring Anthony Davis in exchange for Lonzo Ball, Josh Hart, Ingram and three first round picks last June. Many wondered if they had given away too much at the time but the Lakers are in first place so they could care less.

New Orleans is in the process of a slight rebuild. They didn’t blow up the roster entirely and start from scratch but upper management knew the Pelicans could have a respectable record by gaining two starters in Ball and Ingram.

Ingram was most assuredly the diamond in the rough that could blossom into a superstar in the right situation. In 2018-19 the 22-year-old forward started to show signs of what he could become averaging 18.5 points per game, 5.1 rebounds and three assists in 52 games. He shot 49% from the field and added versatility to his game with an exceptional step-back jumper and a playing style that was more under control. This year Ingram is averaging career highs with 25.8 points per game, 6.8 rebounds and 4.3 assists through 37 games. In Thursday’s matchup against Utah, Ingram posted 49 points, 8 rebounds and six assists while shooting 60% from the field.

“I felt good,” Ingram told ESPN. “I think the guys did a good job of seeing me when I was open. I just took whatever the defense gave me, and [Favors] did a really good job on screen-and-roll and just getting my man off me a little bit, and make the big make a decision. Overall, it felt pretty good.”

The Jazz had visited New Orleans for the second time since January 6 where they survived 128-126. At the end of that game Ingram had drove to the lane for a last second shot and appeared to be hit in the arm by Rudy Gobert, but no call was not made. According to the NBA’s Two Minute Report that was released the next day, the league confirmed Ingram was fouled and should have went to the line for free throws with a chance to tie up the game.

In this contest Derrick Favors was called for a foul on Gobert holding the center’s arm as he tried to position himself for an alley-oop off the inbounds play in the final seconds. The crowd celebrated as the buzzer sounded but the call was made and Gobert was able to make one free throw to send the game into overtime.

“I think guys on the bench were just kind of like, ‘Not again,'” said Favors after scoring 21 points and grabbing 11 rebounds. “We took a minute, took five breaths and said we’ve got to let that go and move on. That’s what we did.”

The Jazz rode Donovan Mitchell’s 46 points into overtime, but fell short 138-132. Donovan went cold in the extra period shooting 2-9 and the loss snapped Utah’s 10 game win streak. This marks only the fourth time in the past 10 seasons that two opposing players have scored at least 45 points in the same game, according to ESPN Stats & Information research,

When asked about Ingram’s performance Ball said, “He’s been in the gym the last three years, the only thing that’s slowed him down has been injuries,” Ball said. “This is his fourth year, and he came into his own. It’s Brandon Ingram time now. Since I’ve known him, he’s been a confident person. But this year, he’s been on another level. Obviously, he knows he’s our go-to guy on this team and we trust him.”

The Pelicans have won two in a row and our 7-3 in their last ten as they await Zion Williamson’s return on January 22.

Read more about:
Brandon Ingram Jazz Pelicans Rudy Gobert
Listen to the uInterview Podcast!
Get the most-revealing celebrity conversations with the uInterview podcast!