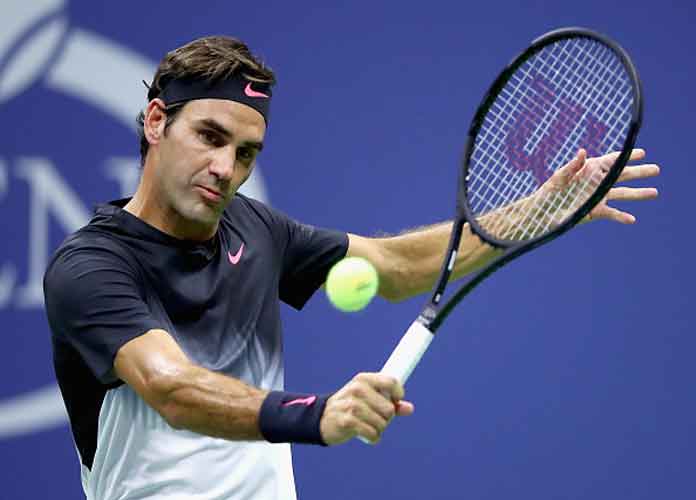 NEW YORK, NY - AUGUST 29: Roger Federer of Switzerland returns a shot to Frances Tiafoe on Day Two of the 2017 US Open at the USTA Billie Jean King National Tennis Center on August 29, 2017 in the Flushing neighborhood of the Queens borough of New York City.

Roger Federer sustained a shocking loss to 20-year-old Greek rising tennis star Stefanos Tsitsipas in the fourth round of the Australian Open on Sunday, and many are now left wondering what’s in store next for the Swiss great.

Federer has not reached a grand slam semifinal since the 2018 Australian Open — a tournament he won — which has led many fans to wonder if he will retire soon. Seven-time grand slam winner John McEnroe, 59, said after Tsitsipas’s win over Federer that the moment marked a “changing of the guard,” something that unsurprisingly vexed the Swiss.

When asked by CNN Sport’s Christina Macfarlane earlier this month about the prospect of defending his title in Melbourne, Federer said, “Am I confident? I don’t know, I feel good.”

“I’ve been training really well and have had another great season this year, [I’m] still happy playing and I won the last two Australian Open editions, so yeah: I definitely should be going in there with confidence,” he added. “I love playing in Australia, in Melbourne.”

Federer also fondly recalled his relationship with late Australian coach Peter Carter, and couldn’t hold back tears when discussing Carter and the tremendous influence he had on his life and career. Carter died in a car crash while on his honeymoon in South Africa in August 2002, just days before his 38th birthday.

The legend explained how Carter discovered him when he was a young boy playing in his native Basel, Switzerland.

“Peter was a really important person in my life because I think if I can say ‘thank you’ for my technique today, it’s [due to] Peter,” said Federer.

“I hope he would be proud,” Federer added of Carter, his voice breaking after Macfarlane asked him what he believes his former coach would say to him if he saw him today after winning 20 grand slam titles. “I guess he didn’t want me to be a wasted talent. I guess it was somewhat of a wake-up call for me when he passed away, and I really started to train hard.”

Federer also said he feels like he was really fortunate to have “the right people at the right time” in his life, including his tennis coaches.