With Another Rejected Proposal, is it Worth it to Have an MLB Season? - uSports.org 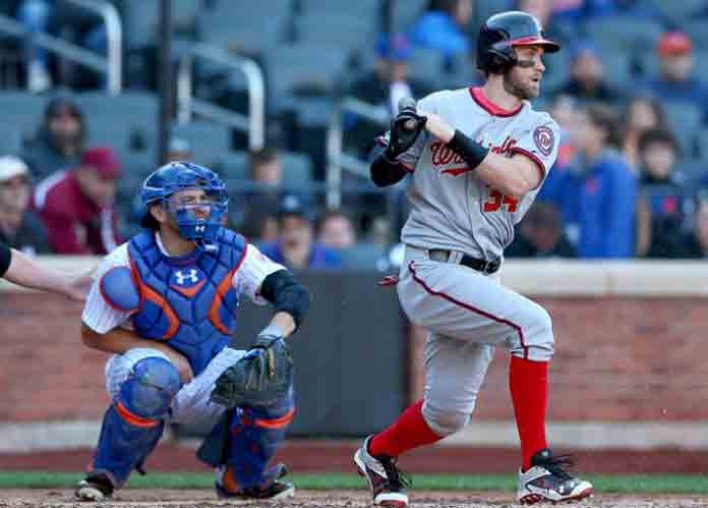 Bryce Harper #34 of the Washington Nationals hits in the seventh inning as Travis d'Arnaud #7 of the New York Mets defends on October 4, 2015 at Citi Field in the Flushing neighborhood of the Queens borough of New York City. (Photo by Elsa/Getty Images)

Major League Baseball has tried to expedite the process of starting the 2020 season as soon as possible. But with the rejection of yet another proposal on Wednesday MLB is running out of options.

So we are here. It is the beginning of June and there is still no agreement between the players and the league to start the season. At this point, is it even worth it to have a 2020 MLB season?

From the league’s standpoint they are doing everything they can to try and get some sort of plan together to have baseball in 2020. We have heard of all sorts of proposals like having a season where players take pay cuts, a season with only 82 games, and the latest which is a season with anywhere between 48 and 54 games. For MLB it is about trying to gain some sort of revenue in 2020 since the league has lost out on profit due to no season. Sure some could say to proposals are out of line, even outrageous for the players it doesn’t seem to matter what proposal they get because the league has been getting the same answer from them.

A big component of the various proposals is having player salaries reduced. This has not gone over well with the players as we have heard comments from the Phillies Bryce Harper and the Rays’ Blake Snell, who do not agree with cutting pay. Bottom line is in order for a season to happen pay cuts need to happen. Besides do you think Gerrit Cole‘s $36 million salary will be easy to fund with just 48 games?

It seems as long as there are pay cuts involved in the proposals we will not be seeing baseball in 2020. Is it even worth having a season? Sure MLB is losing money but playing a shortened season is clearly not pleasing anybody. What is good is that MLB is in a spot where they have not started their season yet so there is no essential need to finish something that hasn’t even started yet. So if the players and the league can’t come to an agreement anytime soon, maybe it isn’t such a bad idea to call 2020 a wash and start fresh in 2021.