Who Will Buy The New York Mets? Will Jennifer Lopez & Alex Rodriquez Be The Winning Bidders - uSports.org 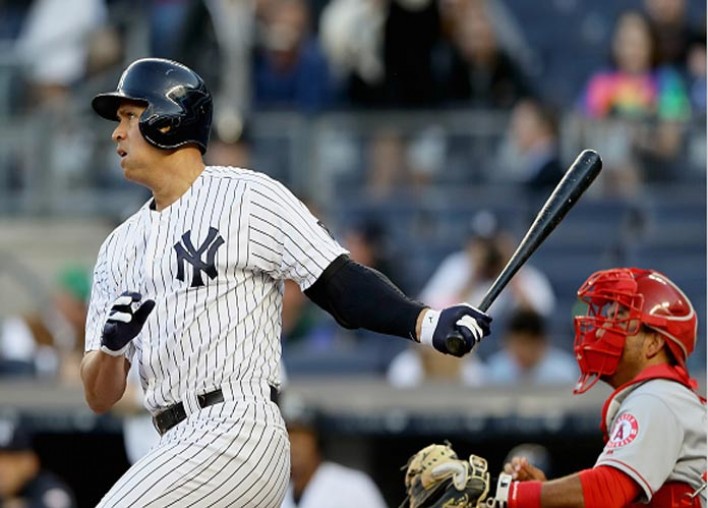 NEW YORK, NY - JUNE 08: Alex Rodriguez #13 of the New York Yankees drives in a run as Carlos Perez #58 of the Los Angeles Angels defends at Yankee Stadium on June 8, 2016 in the Bronx borough of New York City. (Photo by Elsa/Getty Images)

The New York Mets have been on the market for over half a year now. Team owner Jeff Wilpon has made it clear that there will be some sort of transaction upcoming. Since the deal made between the Mets and Long Island billionaire Steve Cohen fell through, there have been many rumors about potential buyers. From celebrities to owners of other sports teams, let’s take a look at some of the rumored buyers of the New York Mets.

Was Hollywood’s power couple about to become the power couple of Queens? The couple has been in the mix of buying the team for a couple months now but their interest has gone ‘on and off.’ Together their net worth is $700 million. It would seem like a great fit knowing that Rodriguez is still very much involved in baseball after retiring from playing in 2016. It seems ideal for a guy who had such a great career and re-shaped his image in recent years to be a great owner and be very much involved with the team. As of this moment sources claim that the couple known as ‘J-Rod’ are currently uninterested after negotiations did not go their way. Even though it may seem unlikely right now, the two could still be in the mix to buy the team.

An under the radar group that has popped up this week is Josh Harris and David Blitzer of Harris Blitzer Sports & Entertainment. Harris has a net worth of $4.9 billion and Blitzer’s is about $1.3 billion. The group currently owns the NBA’s Philadelphia 76ers and the NHL’s New Jersey Devils. It was reported last week that Harris and Blitzer have been thinking about buying the Mets but talks have intensified over the last week. This seems like the most logical fit to buy the team as Harris and Blitzer already own two other major sports franchises. There are also very hands on with both teams they own which is what Mets fans want and are not getting with their current ownership.

Mets fans were excited when billionaire Steve Cohen and the Mets were working on a $2.6 billion transaction. But fans were later disappointed when it fell through in February due to Wilpon’s reluctance to sell the rights to the Mets television network SNY. Even though Cohen backed out for this reason he is still considered a dark horse to buy the Mets. After all he is still the guy Mets fans want to own the team. Cohen would be the richest of these options with a net worth of $14 billion. He even has a little history with the Mets. He invested $20 million in 2012 which grew to a $90 million value in 2017. He is also a life-long Mets fan who was born on Long Island. Who knows whether Cohen is still interested but he is the favorite among the fans.

Will A Deal Get Done Soon?

At this point, Wilpon is desperate and fans want him out. But who will buy the team? Many suitors have been interested for months now but due to reluctance by Wilpon a deal is yet to be reached. Right now it’s anyone’s game to buy the team and Mets fans should see a new owner very soon.