What If The Orioles Make The Playoffs Anyway? - uSports.org 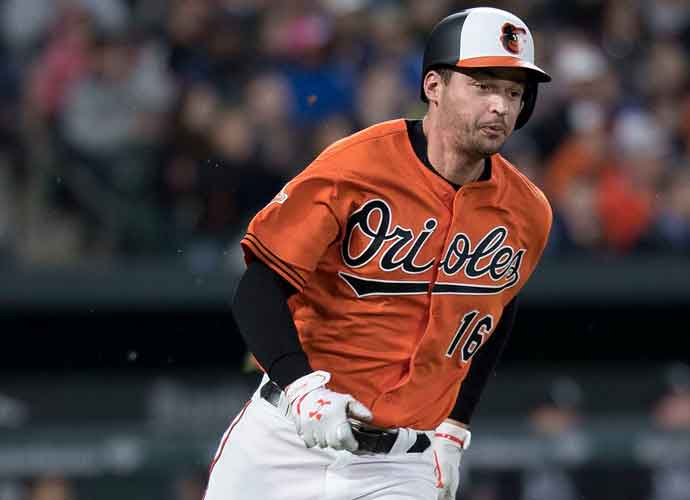 In the fifth century A.D., Saint Augustine argued that miracles aren’t contrary to nature, but only contrary to what people know about nature. Fans of the Baltimore Orioles oughta check him out. These fans are in the midst of an experience as fantastical and story-like as it is inexplicable and, in some ways, miraculous. Augustine might not define the Orioles’ radical improvement as a miracle himself, but Augustine didn’t see the team play last season either.

Since 2018, the Orioles have lived in the darkest corner of the lowest cellar of Major League Baseball. That year, the team went 47-115, making them one of the worst teams in the history of the sport. In 2019, Baltimore went 54-108, and the shortened pandemic season did nothing to dig them out of the chasm, as they returned in 2021 and went 52-110.

Barring the pandemic season, the Orioles have had a combined record of 153-333 across their last three full seasons of play, making them one of the worst three-season teams in MLB history, right there with the 1925-27 Red Sox and… the Baltimore Orioles, who went 144-316 from 1937 to 1939.

Going into the 2022 season, it would be an understatement to say that very little was expected of the Orioles. In ESPN’s preseason power rankings, the Orioles ranked 30th and last in the league with a projected record of 54-104 and a 0.2% chance of making the playoffs. The publication recognized the team’s young talent but considered it unreasonable to expect more than 70 wins. At the time, virtually no one questioned the take.

As of Wednesday morning on Aug. 10, the Orioles have a 58-52 record. They’re a half-game out of a playoff spot.

This Baltimore team isn’t close to being a World Series contender, but they’ve made themselves the undeniable story of the 2022 season. Young players like center fielder Cedric Mullins and rookie catcher Adley Rutschman have electrified the batting order and the team’s bullpen has the third best ERA in the league. But in spite all of the improvements that the Orioles have made in the span of a single year, it’s impossible to argue that they could have reached this point without first baseman Trey Mancini.

Before today’s game we honored Trey Mancini, the 2021 AL Comeback Player of the Year 🧡 pic.twitter.com/pGCIKxoiMy

Unlike Rutschman or even Mullins, who has only been around for Baltimore’s more recent struggles, Mancini was an Oriole for all of it, debuting with the team in 2016. He saw very little action in that first year, in which Baltimore finished second in the AL East and lost on a walkoff home run against the Toronto Blue Jays in the Wild Card game. From 2017 to 2019, Mancini became a solid contributor for the team as it tumbled violently down the standings.

In 2020, the first baseman had to miss the entire season after receiving treatment for stage 3 colon cancer. He came back fairly strong in 2021, hitting .255 with 21 home runs on a team that was completely hapless at every point in the season. He was honored as the 2021 AL Comeback Player of the Year.

For a while, the 2022 season appeared to be a continuation of the trend for Baltimore. Mancini and a handful of his teammates were playing well, but by the end of May, the team was 21-30 and showed no signs of improving. June was a step in the right direction though, as the team alternated between strong stretches and setbacks. There seemed to be a pattern: they won one big, they lost one by just as much. They won four in a row from June 22 to June 25 and lost four in a row from June 28 to July 2. It wasn’t much, but it was mediocrity and it felt better.

Then all hell broke loose. Alternatively — nature took over.

On July 3, the Orioles defeated the Twins 3-1 and didn’t lose again until July 13. The 10-game winning streak came just before the Boston Red Sox began a disastrous skid, in which they went 3-10 from July 5 to July 17.

The @Orioles are the second team in MLB history to lose 110+ games one season and then have a 9+ game winning streak the next.

Boston’s backslide worsened after the All Star break while Baltimore continued to play solidly against division rivals in New York and Tampa Bay. By the end of July, the Orioles were 51-51, a half-game ahead of the Red Sox for fourth place in the division. With 60 games remaining in the season, the team had nearly as many wins as ESPN projected for them in the entire year.

With the trade deadline approaching, Orioles fans could hardly focus on midseason transactions. Their euphoria rose above backroom deals and mad dashes for prospects; the magic was right there on the field. The team was functional for the first time in forever, and the playoffs were a reality.

Then Mancini got traded. He was batting .268 with 10 home runs and then he was gone.

In addition to trading away closer Jorge Lopez, on Aug. 2, the Orioles agreed to a three-way deal with the Astros and Rays that sent Mancini to Houston in exchange for a pair of pitching prospects. Many complained that the trade effectively ended the Orioles’ magical 2022 run, but more than that, it simply felt wrong for the team to give away its heart, its longest-tenured, longest-suffering player in the midst of said run. As Sports Illustrated writer Nick Selbe pointed out, it was a cruel sign that Baltimore wasn’t done rebuilding.

But has Mancini’s departure really killed the magic? Have more sensible forces reassumed control of the Baltimore Orioles’ destiny? Those making those arguments clearly haven’t informed the Orioles; since losing Mancini on Aug. 2, the team has won six of seven games against the Pittsburgh Pirates, Texas Rangers and Blue Jays. With a 58-52 record, they’re only a half-game behind the Seattle Mariners for the last Wild Card spot.

The road ahead is long and arduous for Baltimore, as the team will have to play well against the Yankees, Blue Jays and Rays in late-season matchups to have any hope of a postseason berth. It’s unclear if they could’ve pulled it off with Mancini, and proceeding without him is that much more difficult.

At the end of the day, they’re either going to win or lose and we’ll never fully understand why, but understanding might not be the point anyway. Maybe the point is that we’re all tuning in to watch regardless.