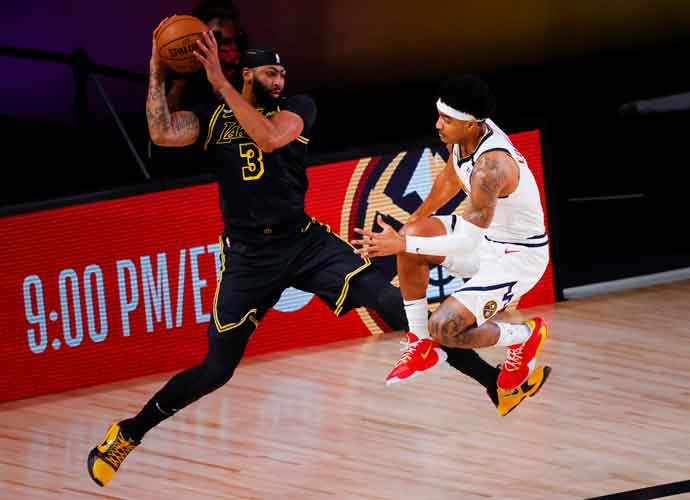 Anthony Davis #3 of the Los Angeles Lakers leaps for a rebound against Gary Harris #14 of the Denver Nuggets during the first quarter in Game Two of the Western Conference Finals during the 2020 NBA Playoffs at AdventHealth Arena at the ESPN Wide World Of Sports Complex on September 20, 2020 in Lake Buena Vista, Florida.

After an incredible block by Nuggets guard, Jamal Murray on Danny Green, it looked like the Nuggets were one stop away from evening up the Western Conference Finals 1-1. All they needed was to stop the Lakers, who didn’t have a timeout, for 2.1 seconds. Instead of that, back up center for Denver Mason Plumlee managed to lose Lakers’ star Anthony Davis, who drilled a game-winning three to give the Lakers a commanding 2-0 lead.

It’s difficult to rule the Nuggets out after they became the first team in NBA history this postseason to overcome two 3-1 deficits in a series, but neither of those teams had LeBron James on them. James looks like a man possessed in this series after it was announced that Giannis Antetokounmpo was the 2020 NBA MVP. A decision James was not happy with tweeting, “16 out of 101! Ok cool! I got y’all.” 16 out of 101 referencing the number of first-place votes James received.

I refuse to call the Nuggets dead after the performances that they have had this post-season, but this may actually be insurmountable after blowing a game they should have won and having to go against a very motivated James, who is one of the greatest to ever take the court.